The authors - or at least the media - have claimed that a new method to "measure" the tropical tropospheric temperatures has removed all contradictions between the theoretical and empirical warming rates in the troposphere.

Recall that the greenhouse-dominated models predict rapid warming in the troposphere, roughly 10 km above the equator. The satellite measurements (UAH MSU, RSS MSU) show an actual warming rate that is at least 10 times slower than the theoretical predictions. The data from balloons and radiosondes they carry, for example the Hadley Center data, confirm the satellite figures. Detailed numbers will be discussed below.

That seems to be a problem. Every acceptable solution to this problem must either find serious errors in both the satellite and balloon data or a serious error in the theoretical models (or both).

Steven Sherwood and his pre-PhD student, Robert Allen, use a different strategy. They pretend that the discrepancy doesn't exist at all. How do they do it? Well, they want you to believe that the measurements of the temperatures don't exist. Instead, they propose their own, idiosyncratic, elaborated "measurement" of the tropospheric temperatures. Well, there is one additional immediate problem: it's not really their own method, as we will see. ;-)

They look at some patterns in the thermal (?) westerly winds, manipulate them to obtain a rather continuous function, and claim that this function of the winds data is ... a measurement of temperature that is apparently better than the thermometers. Their method is not really original: it is a small subset of the methods discussed by Roger Pielke Sr and two co-authors in 2006 and especially by Pielke Sr and four co-authors in 2001. See also Pielke's comments about his priority.


So the idea is that instead of proving global warming, you prove global blowing :-) and then you argue that blowing and warming sound similar, especially according to your model that links the two. This strategy has the advantage that when the climate begins to cool down, you can also say that global blowing is the same thing as global cooling and the cataclysmic warming can continuously "rotate" into a new kind of catastrophic cooling. :-)

too. He is preparing a technical manuscript on that issue. The main drawback of their approach is circular reasoning. They want to demonstrate that the models are consistent with reality but what they actually call "reality" is extracted from the models, too.

More precisely, the relationship between the winds and the temperature is derived from the very same models that are shown to disagree with the actual temperature measurements by the balloons and satellites. So the arguments they show only support the compatibility of one particular theoretical prediction with the observations - namely the quantity describing winds as predicted by the very same models.

But a correct model should agree not only with one but with all observed quantities - especially with the temperature if this quantity is the main focus of your models. ;-)

The models also link this quantity related to winds to the temperature but the real measurements actually falsify the predicted temperature trend and the Yale authors don't change anything about that. To a large extent, they only demonstrate a "self-consistency" - which really means uniqueness of one prediction by the models that characterize the winds. It is not shocking that the predictions of such a model are self-consistent; it is much more non-trivial constraint that they should also be consistent with the real data. 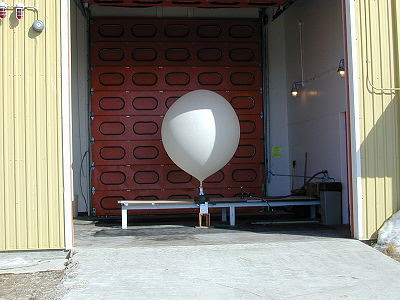 Finally, I want to show the status of the "direct" predictions and measurements of the temperature and to mention two graphs from Climate Audit.

This chart, taken from RealClimate.ORG, shows the overall warming expected from the doubling of CO2 concentrations from 280 ppm before the industrial revolution to 560 ppm expected around the year 2100 (assuming business-as-usual, i.e. a pretty constant rate of CO2 emissions in the future), as predicted by the GISS model E, dominated by the greenhouse effect.

Look in the middle of the picture, above the equator. You see the dark red "hot spot" over there. At the height (y-axis) corresponding to the pressure of 200 hPa, you are in the middle of the dark red cloud where the total warming should be not only higher than 3 °C (between 3 °C and 14.6 °C) but much higher than that, probably around 5 °C or so. This figure (5 °C) is roughly 1.5 times the surface warming (around 3 °C according to the IPCC's central figure and around 1.8 °C according to the picture above) - a classical feature of the greenhouse models.

Now, in 50 years, we add about 100 ppm of CO2 and we should therefore induce more than 1/3 of the effect of the CO2 doubling. So in 50 years, the place above the equator where the pressure is 200 hPa should heat up by more than 5 °C / 3 = more than 1.5 °C. (The CO2 emissions in this 50-year period were actually closer to the "earlier" emissions that should have a higher warming impact, because of the logarithmic slowdown: so my figure is probably an underestimate.) Does this significant warming actually occur in reality?

This is the actual graph of this tropospheric temperature record as measured by the Hadley Center's radiosondes (balloons). The net warming during the last 50 years is at most of order 0.2 °C and probably much smaller than that: Steve McIntyre calculated that since the beginning of the "satellite era" in 1979, the balloon trend has been actually negative (cooling). At any rate, it is very close to zero - and it is certainly much smaller than the 1.5 °C of warming predicted by the greenhouse models, as explained in the previous paragraph.

This place above the equator is the most natural place where the temperature should be measured if your aim is to verify the greenhouse theory of the climate - simply because the signal is predicted to be maximized in this region. And the observations are smaller than the predictions by an order of magnitude or more.

Now, one order of magnitude is not a detail. If you accept that it is fair to compare economics and climatology because their "typical" predictions are comparably inaccurate (and I think that it is fair), the order-of-magnitude discrepancy between the theory and the observations is similar to a prediction by a group of economists who use their "consensus models" to forecast that the GDP will grow (or drop) by 40% a year - because of some effect - but the reality is only 4%. It's a pretty bad prediction, even in the fuzzy context of economics, isn't it? 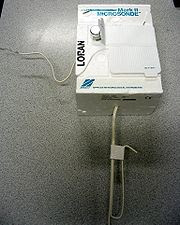 Now, I want to emphasize that we must be a priori very open-minded because there can exist problems both with the observations as well as with the models. On the other hand, when you look at the weather balloons and the radiosondes they carry (see the picture on the left side), it is not too easy to imagine that there is some serious problem with them. These radiosondes measure the temperature (and the wind speed/direction) by thermometers and transmit the resulting numbers to the terrestrial radio receivers; see the Wikipedia text about radiosondes.

Try to think hard and invent an explanation why such a simple system would be sending warming trends that are 10 times smaller than the "real" ones (predicted by the models). I don't know of such an explanation. But once you find one, you should be ready to solve 1 or 2 similar puzzles - namely why the completely different satellite methodologies also lead to the same negligible warming trend if the "real" trend prescribed by the IPCC should be approximately 10 times faster.

I think it is sensible to expect an explanation what's wrong with the balloon and satellite numbers before someone's presentation of certain numbers from some computer games has a chance to be considered as "reality" by sane people.

Good luck. Before you find your ingenious method to solve these key puzzles, I will continue to think that the IPCC predictions have pretty much been falsified because the order-of-magnitude discrepancy we observe is pretty much the most serious discrepancy that we could a priori expect and if that were not enough for falsification, nothing would be enough. The qualitative agreement in one quantity of minor importance (related to winds) is not enough to confirm your models if more important predictions (temperature) fail.

Now, the balloon data may be very non-uniform and the "local noise" in them can be high. But it is fair to say that if the actual (accurate) thermometers can't demonstrate any significant warming trend over there, the "life on Earth" probably won't die because of such a warming either. A deadly fever is usually strong enough to be visible by thermometers, especially by the most accurate ones created for this purpose. ;-)

So think hard but try to imagine that your assumptions could be incorrect, after all.