Daniel Nocera, a condensed matter physicist from MIT, led a team that found a new, arguably cheap method to store solar energy by splitting water into oxygen and hydrogen. Links:

A catalyst - cobalt metal and phosphate - creates a thin film on an electrode whenever current runs through and oxygen is produced on this film. Hydrogen must be produced on another electrode, e.g. a platinum one. Room temperature and neutral pH are enough for this "artificial photosynthesis".

The Hydrogen Scorpion, to have a cute picture here...

Well, I don't think that storage is the only problem that preserves the "alternative" status of solar energy but storage of energy in general is surely one of the problems and it is good if a better method is found. And hydrogen-based energy technologies are obviously some of the promising routes to be investigated.


The discovery is pretty much independent of solar energy (but the group where the discovery was made is supposed to study solar energy!) except that it could be helpful to collect huge amounts of energy e.g. from the oceans' surfaces. About 50% of the energy is lost by the process but there may be other practical advantages that could turn out to be more important. It is surely cheaper to produce a container for tons of hydrogen and oxygen than to produce tons of batteries. ;-)

But there are many other problems waiting here, too. For example, the solar panels themselves are still relatively unpractical. ;-)

Incidentally, it turns out that Joseph Romm, a hardcore alarmist from Climate Progress, is also a passionate hydrogen hater. He might have a point but if he has one, it is completely obscured by his fanatical activist thunderstorm. :-) He prefers "solar thermal plants" with lenses and steam engines. It's not clear how he wants to store the energy. I feel that similar nuts are hysterically afraid of a real breakthrough in energy technologies because it would make their justifications for regulation - which is what they really care about - manifestly inapplicable, even among the Greenpeace vegetarians.

One more comment. At least one pundit has argued that the most recent drop of oil price below USD 120 was caused by the announcement of the new hydrogen technology - even though it could take about one decade to realize the technology in practice. Nocera's work was funded from USD 10 million given by Arunas Chesonis, a telecommunication capitalist - so it is another achievement of the invisible hand of the free markets.

Hitler used to have 4-year plans and Stalin improved them to 5-year plans. Most of them were never fulfilled because such extreme long-term planning was nothing else than a wishful thinking. Nevertheless, the IPCC AR4 surpassed both of these leaders and it worked with 50-year plans. Can this progress get any better? You bet. I received a preliminary report of a group that will prepare the 5th assessment report by the IPCC and it projects and prescribes the carbon emissions up to the year 2300. ;-) The plans up to the year 2035 are called "near term". :-) Finally, it became possible to demonstrate that most people on Earth will die in the near term!

Nude Socialist informs that new research argues that IPCC has underestimated the role of forests in the carbon cycle by a factor of three. 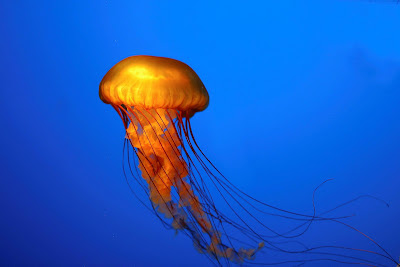 Click the picture for details about this newest shocking proof of the urgency of the planetary climate emergency. Well, the oceans cooled down since 2003 but say it to David's crying daughter or her even less rational mother. ;-) Local thanks to Marc Morano.
Luboš Motl v 7:00 AM
Share