The media have informed about a "scandal" that I was e-told about by a terrified Alexander Ač. 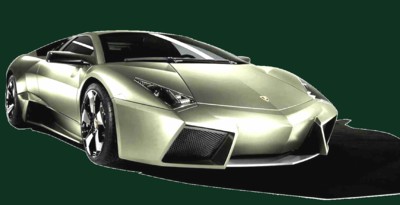 A wealthy sheik in Qatar needed to change oil in his USD 400,000 "Batman" Lamborghini. Because one can't quite rely on the local Arab guys, he flew his darling to the U.K. The servicing costs about USD 7,000 while the transportation (twice 3,300 miles) costs around USD 40,000.

This simple procedure (I have lost much more than that in my life and I am no sheik) has apparently driven the whole environmentalist church, including Alexander Ač and Friends of the Earth, up the wall. ;-)

Now, I don't care because this single flight doesn't make a difference. His wallet won't be affected much, I guess: he is simply wealthy and we should be able to imagine what it means. Ten percent of a car's price for servicing is nothing unusual. And the impact on the environment is also zero, for all practical purposes. After all, I estimate that his flight has only consumed as much oil as the sheik normally sells in a few minutes or hours. Every other ordinary celebrity including Al Gore is making similar trips with his or her private jet regularly, too.


My relationship to this act itself is neutral but in the context, I love what he did because it helps to unmask the exploding difference between freedom (including the freedom to spend one's money for any extravagant thing one likes) - that still applies at least to rich sheiks - and the brutally opposite environmentalist ideology that is beginning to cripple the very basic principles underlying the Western civilization.

Walter Cunningham, an award-winning astronaut and physicist, urges NASA to be at the forefront in the collection of scientific evidence and the debunking the current hysteria over man-made global warming.
Luboš Motl v 1:56 PM
Share