This is just way too funny and I can't resist.

explaining that they combined the work of the two teams, CDF and D0 (a rare policy they have followed a decade ago to discover the top quark, too), and concluded that at the 95% confidence level, the Higgs mass cannot be 170 GeV.

Now, this sentence may sound very bizarre. What do they exactly mean by "170 GeV"? Do they mean the exact number? (See the picture above to appreciate the actual excluded interval: it is tiny, indeed.) A person would have to be extraordinarily hapless to predict the Higgs mass to be exactly 170 GeV, right?


It is very unlikely that someone would become the author of the first model that is falsified so explicitly. He or she may have been hit by an asteroid, too. 170 GeV is in the middle of an interval favored by various classes of models (although way above the ranges that are believed to be relevant by the newest high-precision data) but could someone be that unlucky? :-)

Anyway, once again, could someone be so unlucky? 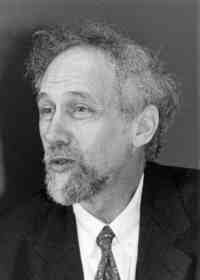 Take a random person who has claimed to be able to predict the masses, for example a great man and mathematician, Alain Connes. ;-)

What is his figure for the Higgs mass? Well, in their 2006 paper, they "determined" the Higgs mass to be 170 GeV. This is what I call "bad luck". Alanis Morrissette should add Alain Connes to her "Ironic". :-)

It's great to build falsifiable theories (and to make guesses about the masses based on naive, random, and rationally unjustified formulae, which is what Connes et al. really did in this case) but you shouldn't forget that such falsifiable theories suffer from a kind of insecurity: they can actually be falsified. The more hopeless a wrong theory is, the shorter time it typically takes to falsify it.

And in some unhappy cases, that may occur much earlier than you could have thought at the beginning. In Lee Smolin's case, it occurs within 5 minutes after the first different physicist opens any paper written by Smolin: they go glub glub glub to the bottom of the sea. In Alain Connes' case, it can take two years.

But it's still damn too fast. Who could have thought that we won't need the LHC to settle such questions? Good bye, the standard model derived from a new kind of noncommutative geometry, an "alternative to string theory". ;-) We loved you so much - even though we never quite understood how you could ever possibly derive anything that cannot be derived from the normal standard model. ;-)

See also Resonaances explaining why it was unlikely that physics would learn anything about the SM and beyond from Connes' approach and why predictions such as 170 GeV were visually captivating but not serious even before they were falsified.

A noncommutative geometry blog reacts to the Fermilab news by a "profound discouragement" that they should have felt years ago after reading my explanations but they chose not to listen. That blog thinks that the event is really serious because it even translates wise verses by Lucretius to English:

Pleasant it is, when over a great sea the winds trouble the waters, to gaze from shore upon another's tribulation: not because any man's troubles are a delectable joy, but because to perceive from what ills you are free yourself is pleasant.

Oops. Only later, when I updated this text, I realized that the blog is the blog of no one else than Alain Connes himself. Who else than this big mind could refer to Lucretius! :-)

Lucretius had to be great but as a physicist, I would choose a completely different text for this nice opportunity - Feynman's "The Key to Science" was designed exactly for similar opportunities: :-)

(Incidentally, all Feynman fans should watch "Take the world from another point of view" from 1972, 4 parts per 10 minutes. There are fascinating stories about curiosity, brushing the teeth, quarks before QCD was fully settled, etc. Feynman also talks to a very stupid journalist who thinks that scientists can only talk to each other because they read the same magazines with the same gossip haha. Great to see that idiots have been on Earth at least for 35 years!)

The purpose of science is to look for correct answers to questions about Nature rather than for "any predictions" or even for "wrong predictions". Once we know that a theory is wrong, its inherent value for science is exactly zero. Falsification is the very end of the story. This is a very basic point about science that the Woit-like idiots will never understand.

Well, now everyone is liberated from this pseudo-noncommutative unnecessary superconstruction. Many people are still non-liberated from loop quantum gravity, doubly special relativity, variable speed of light etc. etc. but the brightest and fastest ones among them may get liberated in a few months or years, as smoothly as Alain Connes. But I actually don't believe that there are too many alternative physicists who are as fast and as honest as Alain Connes.

(Incidentally, when I mentioned the Landau pole appearing near the GUT scale for the 170 GeV mass, I am not 100% certain that Connes realizes this fact about the running couplings. Nevertheless, I assure you that the knowledge of this fact and similar facts is absolutely crucial for anyone who tries to make well-informed guesses about the Higgs mass.)

I am looking forward to the new inflow of data from the LHC and elsewhere: experimental data are extremely healthy. Also, I want to see those 99% of model builders who have been showing their "courage" by writing down thousands of random, rationally unjustifiable guesses about things that couldn't possibly be predicted in this new context.

The overpopulated mutated bacteria of phenomenology - randomly engineered models and their mostly cheap modifications - will be mostly eradicated: 99% of existing hep-ph papers will become strictly irrelevant and higher standards will return to science. People will actually realize that making predictions about hard-to-predict questions - something that looked so easy and free at some moment (and certain people love prophets so much!) - actually costs something. And perhaps, most people will prefer to say "I don't know" about questions that they can't answer, instead of emitting "courageous" but random and rationally unsubstantiated guesses.

And maybe, scientists will again be allowed to say "I don't know, there are many possible answers" when they don't know and when there are many possible answers, a comment that they were brutally criticized for by the Woit-like scum just a year ago. It doesn't frighten me not to know certain things and it would be great not to be frightened by those who are frightened by ignorance. ;-)

In particle physics, it ultimately works in this way because solid arguments and observations can actually be collected and they play a very important role in determining which ideas are valuable and which ideas are not so valuable. I am afraid that e.g. climate science won't easily return to the situation in which the data actually matter. They have already crossed the Rubicon behind which it is more important to be a prophet than to be right.
Luboš Motl v 5:15 PM
Share