The Guardian writes about a system that will monitor people's motion to make sure that they're not using cars and jets unless it is necessary to convince other people not to use cars and jets. 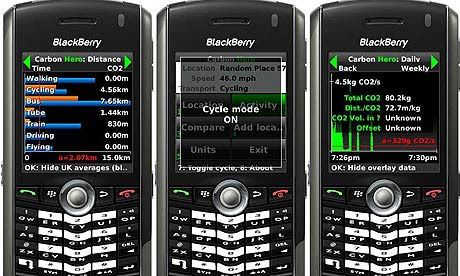 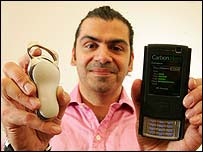 Andreas Zachariah was a graduate student at a college in London. But once he wrote the program that translates the GPS data from cell phones to the distance walked, cycled, bused, subwayed, trained, driven, or flown, he became the CEO of the Carbon Hero company. ;-)

The Guardian explains that the software will be useful for other companies to publicly chastise their employees for using the means of transportation with a large footprint such as cars. So you should better buy another minimalistic cell phone that may be used for your recreational trips that will be invisible to the Big Brother.

Airlines may use the gadget to detect the number of people in the airplanes. If it is realized that some of them could bike or swim, the motor may stop right after taking off to save the fuel (at least until it explodes on the ground). The advantage is that the sinners will never repeat their sin in the future.

Pachauri is working on a program that will monitor what you eat. Whenever you say "steak" into the microphone, the system will realize that you have either eaten or you plan to eat meat. You will have to buy carbon indulgences for USD 20. Another program will monitor the vibrations of your body. If it is cold and the program doesn't detect any shivering for hours, it means that you turned your heating on. Again, a visit of your local carbon priest will become necessary.