Jeff Id (noconsensus.wordpress.com) provides us with some new perspective on the new hockey stick graph, Mann et al. 2008. It seems that the paper is not only a case of sub-prime science but an example of scientific fraud. 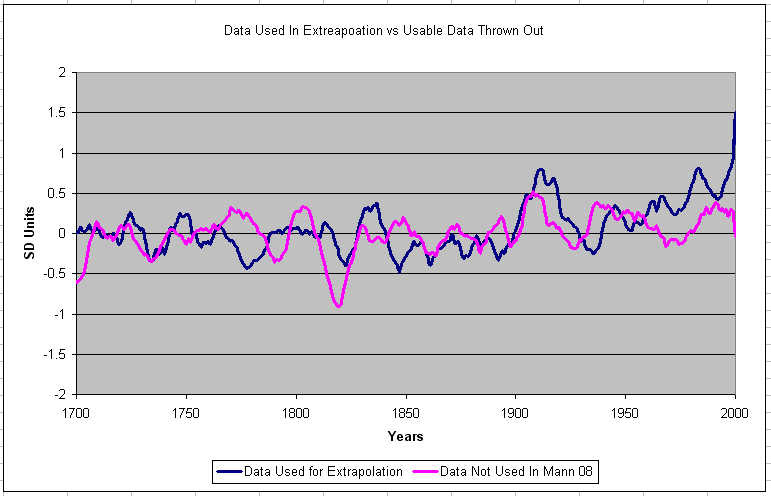 For example, look at the two graphs of the temperature in 1700-2000 above (click to zoom in). Imagine that you have two curves, the purple one and the blue one. Imagine that you are Michael Mann and you want to write a paper about global warming. Which one would you use?


The numbers 55 and 64 are pretty large. Don't tell me that you will get these two qualitatively different curves by averaging "random" subsets of the datasets. Unless Jeff has made a mistake, the "convenient" datasets were clearly chosen by hand while the "inconvenient" ones were manually thrown away.

If this is not fraud, what is? 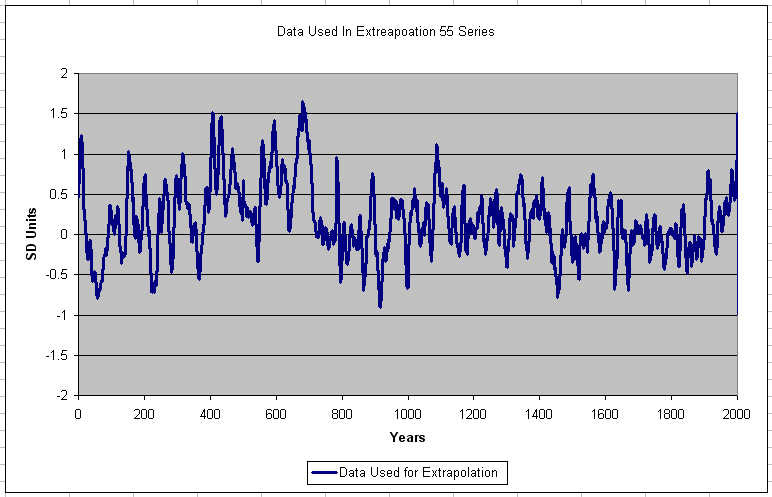 The absurd "blade" in the last 50 years in the graph above (click to zoom in) was completely fabricated: it comes from invented data, too. This is actually not the first time. Would it be really so difficult for some officials to notice what's going on here?
Luboš Motl v 11:45 PM
Share