During the last few days, 70+ journalists who are slightly more intelligent than pinheads have asked the question whether the world will be destroyed next Wednesday when the LHC turns on.

The final countdown: 5 days to go


Video 1: A high tech, visually likable film assembled by complete science-hating twats. Note that they're afraid even of antiparticles or "antimatter" that has been produced for 70+ years. ;-) Concerning the electricity consumption, sure, it is comparable to Geneva's households - up to 120 MW for the whole site (or 35 MW in winter).

But that's about 10% of a bloc of a nuclear power plant only - and there are many plants like that around (in France) - and the high-energy physicists have really discovered them so they have surely the moral (and other) right to consume 10% of one bloc's production.

I view the crucial character of fundamental physics for the true culture of our epoch so seriously that I would also argue that we have the moral right to use the other, less peaceful kind of nuclear energy against twats who would love to stop experimental physics. Feel free to say that I am evil but I simply find it unacceptable for these idiots to cripple our freedom in this dramatic fashion.

Meanwhile, the LHC experimenters and even phenomenologists such as Frank Wilczek are bombed by death threats (more). At least they learn what it is like to be a string theorist in a world overwhelmed by aggressive imbeciles. ;-)


It's time to realize that there is a problem here. Not even the CEOs of oil companies who are "frying the world" are facing such terror! :-) 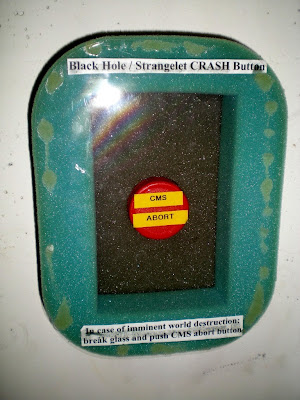