Ivar Giaever, a Nobel prize winner, argued that it takes a decade for a solar roof panel to return the energy that was needed to produce it. He was attacked by a few alarmists who didn't have any arguments or better numbers but who just found Giaever's observation inconvenient. 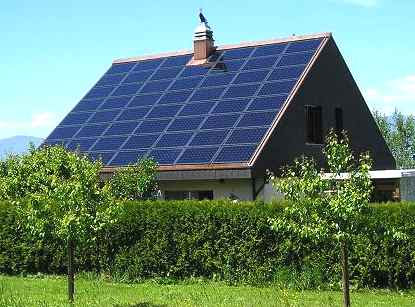 Well, the Royal Institute of Chartered Surveyors (RICS), a top institution training and regulating landlords in much of the British Commonwealth (Wiki), asked a similar question: how much time does it take to recoup all the expenses, not just the installation energy? Their answer is:

More precisely, it is actually 200+ years: the panel costs up to USD 10,000 and saves USD 50 per year. For example, you will need about fourty 10-Watt panels that cost about USD 250 each to get somewhere. Wind energy scored comparably badly while the insulation was the winner.

Not too surprisingly, solar cell manufacturers are offended. They think that that RICS was "irresponsible" (a.k.a. heretical; rather than wrong). Their new politically correct term for a liar is a "responsible person".

Obviously, they can't improve RICS' numbers because these numbers are qualitatively correct and the completely correct ones still imply that the investment is silly from an economic viewpoint. Because the maximal lifetime of the solar panel systems is 30 years, it's clear that you will never get the expenses back. Therefore, you won't hear any "better calculations" from them.


So they at least emit some fog about the different "types" and they argue that if the energy prices rise 20-fold, it will actually only take 5-10 years to recoup the money instead of 100-200 years. Also, if the taxpayer pays 50% of the costs, it will only take 50 years for the house owner to get her money back. ;-) Good arguments, indeed.