A few years ago, a creative far-right website offered this map of Europe as of 2015. 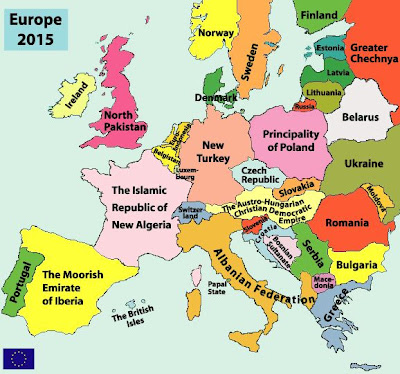 Well, they may have been close to the truth; however, note that they included Italy but not Kosovo into the Albanian Federation so the reality is already exceeding their expectations at least at one spot.

In North Pakistan, they are establishing sharia courts that will work simultaneously with the old British courts (that will be temporarily allowed as long as there remain some infidels on the island):

It has not been explained whether Al-Qaeda and Taliban will share the responsibility for security with the old, white male British police, at least for the crimes by the citizens of North Pakistan who have already been properly converted to Islam. ;-) 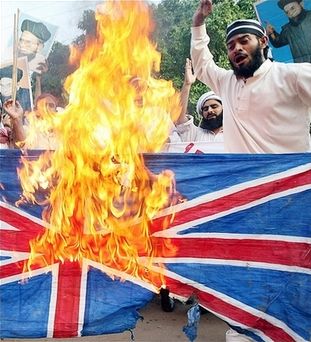 The preachers have already figured out that they can make Britain an Islamic state without an external war: it's enough to follow the Albanian recipe to steal Kosovo from Serbia, namely to have more children.


While Al Gore invented the Internet, John McCain invented the BlackBerry. Consequently, John McCain is also behind the Perimeter Institute and he can be credited for loop quantum gravity, variable speed of light (Sarah P. will surely like this one), ekpyrotic cosmology, and 31 octopi in the spin foam. ;-)

McCain's senior aide, Matt McDonald who invented freedom fries and cheesburgers, claimed that the inventor of BlackBerry was very modest and denied the invention of anything.
Luboš Motl v 7:50 PM
Share