Eleven authors, including Oliver Buchmüller (who spoke at Strings 2008), John Ellis, and Sven Heinemeyer (who was kind enough to contribute a comment) wrote a hep-ph paper about the best fit for the minimal supersymmetric standard model (MSSM). 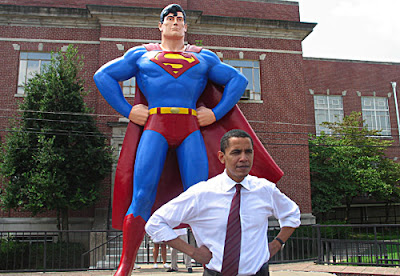 The supersymmetric man is on the left side. Ignore the other guy, he is just a noise here.

Instead of listening to lower bounds on the new masses all the time, you may finally hear some actual numbers that you always wanted to know! They're not quite reliable but they are fun, anyway.


The team uses various low-energy precision accelerator data, especially an anomalous magnetic moment (of the muon) and a branching ratio (of the bottom-quark decay to a strange quark and a photon), and some astrophysical data, such as the percentage of dark matter (this percentage doesn't help them much to refine the answers) to find the values of some parameters that seem to optimally agree with the existing evidence.

The model they work with is CMSSM which is a constrained MSSM i.e. MSSM where parameters are assumed to satisfy some constraints (largely in order to avoid hugely multi-dimensional parameter spaces). More concretely, all the scalar masses are supposed to be universal and equal to m_0 at the GUT scale. Similarly, the gaugino masses are m_{1/2} over there while the dimensionful trilinear couplings are A_0. All supersymmetry fans want to know these numbers (and a few others) and here they are:
This is quite a case for the Higgs mass near 115 GeV, as hinted by a few LEP events right before the predecessor of the LHC in the same tunnel was retired.

They also study a less constrained version of the CMSSM in which some loop contributions to the Higgs mass are allowed to be shifted, the so-called NUMH1 (non-universal Higgs model 1). Not surprisingly, this class of models has a new parameter (or two?), so it can achieve a better fit. The results for this case are:
You shouldn't think that they're the real measurements but if you expect SUSY, this might be the region where you might want to look at.

Very optimistically, they argue - by looking at the preferred region in the CMSSM parameter space - that at the 95% confidence level, one inverse femtobarn of data will be enough to discover SUSY. Because the LHC plans 8 inverse femtobarns in 2009 itself, six weeks of the LHC could be enough to find SUSY! In fact, most of the relevant region in the parameter space would allow the discovery after 50 inverse picobarns at 10 TeV, a few days of running!

Nature could turn out to be real fast. People have been building the collider for more than a decade but She could reveal Her new, extremely sexy secret in three days of the data!