The Founding Fathers on redistribution of wealth 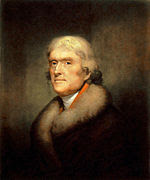 “To take from one, because it is thought his own industry and that of his fathers has acquired too much, in order to spare to others, who, or whose fathers, have not exercised equal industry and skill, is to violate arbitrarily the first principle of association, the guarantee to everyone the free exercise of his industry and the fruits acquired by it.” — Thomas Jefferson, letter to Joseph Milligan, April 6, 1816

“A wise and frugal government… shall restrain men from injuring one another, shall leave them otherwise free to regulate their own pursuits of industry and improvement, and shall not take from the mouth of labor the bread it has earned. This is the sum of good government.” — Thomas Jefferson, First Inaugural Address, March 4, 1801

“I predict future happiness for Americans if they can prevent the government from wasting the labors of the people under the pretense of taking care of them.” — Thomas Jefferson

“Congress has not unlimited powers to provide for the general welfare, but only those specifically enumerated.” — Thomas Jefferson 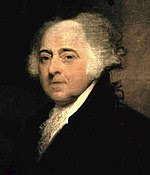 “The moment the idea is admitted into society that property is not as sacred as the laws of God, and that there is not a force of law and public justice to protect it, anarchy and tyranny commence. If ‘Thou shalt not covet’ and ‘Thou shalt not steal’ were not commandments of Heaven, they must be made inviolable precepts in every society before it can be civilized or made free.” — John Adams, A Defense of the Constitutions of Government of the United States of America, 1787 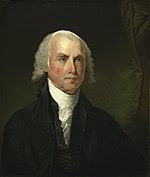 “With respect to the two words ‘general welfare,’ I have always regarded them as qualified by the detail of powers connected with them. To take them in a literal and unlimited sense would be a metamorphosis of the Constitution into a character which there is a host of proofs was not contemplated by its creators.” — James Madison in a letter to James Robertson

In 1794, when Congress appropriated $15,000 for relief of French refugees who fled from insurrection in San Domingo to Baltimore and Philadelphia, James Madison stood on the floor of the House to object saying:

“I cannot undertake to lay my finger on that article of the Constitution which granted a right to Congress of expending, on objects of benevolence, the money of their constituents.” — James Madison, 4 Annals of Congress 179, 1794

“[T]he government of the United States is a definite government, confined to specified objects. It is not like the state governments, whose powers are more general. Charity is no part of the legislative duty of the government.” — James Madison

“Wherever the real power in a Government lies, there is the danger of oppression.” — James Madison

“If Congress can do whatever in their discretion can be done by money, and will promote the general welfare, the government is no longer a limited one possessing enumerated powers, but an indefinite one subject to particular exceptions.” James Madison, “Letter to Edmund Pendleton,” — James Madison, January 21, 1792, in The Papers of James Madison, vol. 14, Robert A Rutland et. al., ed (Charlottesvile: University Press of Virginia, 1984).

“An elective despotism was not the government we fought for; but one in which the powers of government should be so divided and balanced among the several bodies of magistracy as that no one could transcend their legal limits without being effectually checked and restrained by the others.” — James Madison, Federalist No. 58, February 20, 1788

“There are more instances of the abridgment of the freedom of the people by gradual and silent encroachments of those in power than by violent and sudden usurpations.” — James Madison, speech to the Virginia Ratifying Convention, June 16, 1788 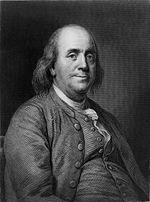 “When the people find that they can vote themselves money, that will herald the end of the republic.” — Benjamin Franklin

“They that can give up essential liberty to obtain a little temporary safety, deserve neither liberty or safety.” — Benjamin Franklin

“The Constitution only gives people the right to pursue happiness. You have to catch it yourself.” — Benjamin Franklin

These quotes and others make it clear that those who promote "redistribution of wealth" as a task for the government run against the very basic principles underlying the United States of America. This is no detail.

What is really surprising is that many of the champions of socialism live in prosperity because of capitalism and because of the fruits of other people's work and the strength of the ideals of the Founding Fathers and their counterparts in other lucky places. Nevertheless, they are not repelled by using their own prosperity as an argument against freedom and capitalism.

But these left-wing people's wealth is not a manifestation of socialism. Quite on the contrary: it is a manifestation of the creative power of capitalism combined with their character of parasites. To get a more realistic picture for what kind of a societal arrangement they stand for, you should look into North Korea or Cuba, countries that were transformed according to the ideas of their own soulmates.

Are the principles of America guaranteed to exist forever, even if the people and the circumstances are against them? Let me end up with two not quite optimistic quotes:

“Democracy never lasts long. It soon wastes, exhausts and murders itself. There was never a democracy that did not commit suicide.” — John Adams

“But a Constitution of Government once changed from Freedom, can never be restored. Liberty, once lost, is lost forever.” — John Adams
Luboš Motl v 7:55 AM
Share