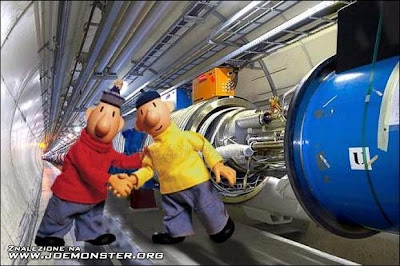 Pat and Mat (Czechoslovakia) were clearly hired by CERN.

Thank God that the incident didn't blow up the detectors. ;-) The inauguration takes place on next Tuesday, anyway.