Obama on redistribution of wealth

The most discussed YouTube video today has terrified me, too. And I am not even an American. What did Obama reveal about the ideas hiding behind his moderate face?


The courts succeeded in giving blacks human rights but they failed to break the tight constraints drawn by the founding fathers and to reinterpret the constitution so that it is used to redistribute wealth and to achieve "economic justice". The civil right movement hasn't been radical enough. Because it was focusing on courts, redistribution of wealth couldn't be achieved. We still suffer of this "tragedy". In another audio, he calls the failure of the Constitution to redestribute wealth to be a fundamental flaw of this country and an enormous blind spot of this culture. Wow. 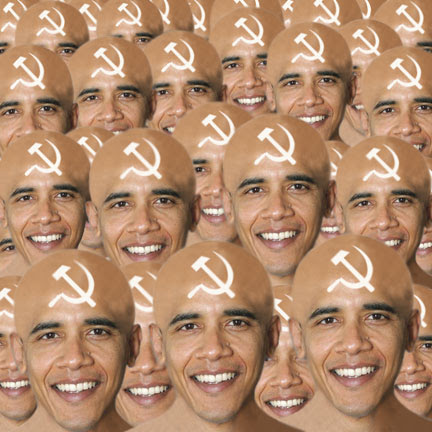 Instead of courts, it is better to rely on a coalition of power on the ground in order to bring [socialism to America]. Wow.

One detail. The interview took place in 2001. But that's not such a long time ago. Would it be reasonable to think that Obama has changed his mind in these fundamental matters? Or has he just optimized his strategy to achieve his monstrous goals? He was already a Senator at that time.

Redistribution of wealth by the Supreme Court is surely not a principle of the U.S. Constitution. Quite on the contrary. Also, the founding fathers were very wise in protecting America against the fast inflow and strengthening of people from abroad who could distort the basic principles of America within years.

I am not saying that everything they thought or wrote has to be viewed as the Holy Scripture. But certain things are clearly more important than others. The idea to redistribute wealth is even more carcinogenic in the present situation because the real problem we face is that the wealthy people - the primary drivers and organizers of the economy, starting with Joe the Plumber and ending with CEOs of huge corporations - are getting poorer and less certain about their future.
Luboš Motl v 4:44 PM
Share