Steve Fossett (click for 12 scenarios summarized in 2007, the URL in the Guardian blog is wrong!) disappeared more than 1 year ago. Suddenly, tourists found his 3 ID's and ten USD 100 banknotes near the Mammoth Mountain, California. 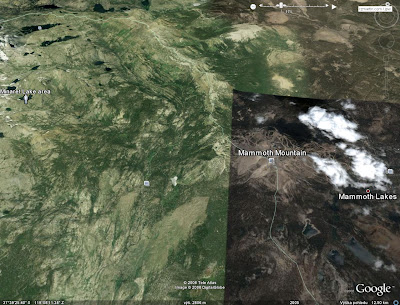 It't not quite clear whether they found it near the Mammoth Mountain or the Minaret Lake area: at any rate, it was West from the Mammoth Lakes. Click to zoom in.

It sounds somewhat bizarre that the banknotes have survived for more than a year and they still look like banknotes. 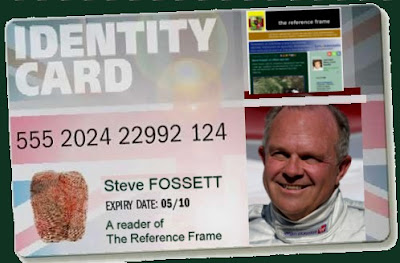 Another funny thing is that a long time ago, a California highway patrol officer claimed to have seen Fossett's plane flying low near the Mammoth Lakes.

They were never able to trace this officer. But it's obvious that he or she has either seen the actual plane in the area and the airplane should be found, or the officer was cooperating with Fossett on faking his death. At any rate, it would be pretty interesting to find the officer. ;-)


Update: Searchers "spot wreckage". FoxNews later confirmed that it looks like the right plane. We learned that the plane crashed head-on into a mountain.

If not a suicide, such rudimentary and lethal errors during leisure flights often happen to people who have achieved something extraordinary: Gagarin is the most obvious other example that comes to mind.