Vitalik has pointed out that Goldman Sachs will no longer employ analysts to follow the ethanol fuel industry. Also, on Friday, VeraSun Energy, a major player in the industry, went bankrupt:

Meanwhile, Barack Obama is likely to be elected the U.S. president today. His plan is to create the environment in which the coal power plants will go bust and, using his own words, electricity prices will skyrocket:

Barack Obama also finds the current nuclear technologies unsatisfactory. It's kind of amazing that a majority of America is ready to choose this kind of future. Welcome to the third world, America (or Western Kenya or whatever the new name will be). 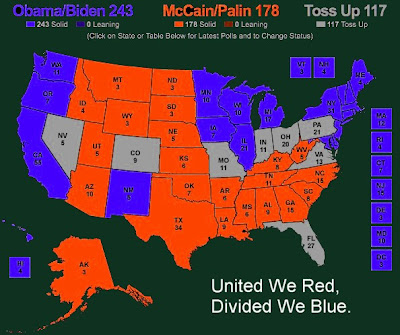 Barack Obama was elected the 44th president of the United States. Congratulations to his greatest achievement and more importantly, I wish a lot of nerves, smile, and optimism to those who are expected to suffer under the new leadership.
Luboš Motl v 9:41 AM
Share