Obama is flooding NASA with annoying & incompetent women and men

Orlando Sentinel informed its readers about a subtle tension between the professionals at NASA on one side and members of Barack Obama's team who may have been sent to NASA to deliberately create problems on the other side. 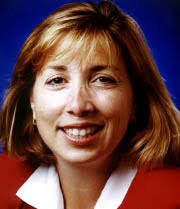 Barack Obama doesn't find the U.S. space program important enough to talk to Mike Griffin in person. So instead, he has sent six people - led by Ms Lori Garver - to NASA to talk about the transition with Griffin.
Now, you should realize who Ms Lori Garver is. She has served as a lead space policy adviser to John Kerry, Hillary Clinton, and Barack Obama but she clearly has no engineering qualification to talk about the issues.
She received her Bachelors degree in Political Science and Economics from the Colorado College in 1983 and her Master degree in Science, Technology, and Public Policy from the George Washington University in 1989. Imagine a lot of politicized bullshiting about science and technology by a typical political appointee.
On the other hand, Mike Griffin has received seven degrees, including a PhD, that cover physics, aerospace engineering, business administration, electrical engineering, and civil engineering. This is not quite a silly anomaly because NASA kind of needs the people with a similar expertise at the top. Although the competence and other skills are not directly proportional to the number of degrees, the difference between this paragraph and the previous one is statistically significant and surely means something.


Rocket science is no string theory but it is damn close. ;-) 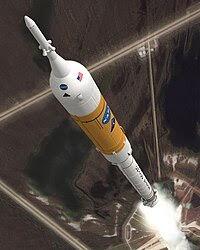 Now, Griffin is presiding over a technologically difficult transition from the Space Shuttle program to the Constellation program, NASA's recent project to return to the Moon (and Mars) in a decade with a refreshed technology. Suddenly, he has to face Ms Lori Garver.
Is Mike Griffin supposed to pretend that he believes that Ms Lori Garver can tell him whether it is a good idea to replace some rockets by Ares I or by the Orion crew capsule? Isn't it a little bit over the edge?
I am fully supporting gentlemanly manners towards women but things have to have certain limits. When people are discussing the future of the world's premium space research agency and its multi-billion projects that depend on very subtle engineering questions, politeness must become secondary.

In similar discussions, Ms Lori Garver is clearly just a piece of poultry and it is very disrespectful from Mr Barack Obama to subvert NASA's work by sending these incompetent people equipped with the aura of his fame and future power.
I assure Mr Obama that it is a very doable job to screw the U.S. leadership in the space research program by a couple of very unfortunate disruptive interventions. More concretely, even if you find the Constellation program imperfect, you should realize that there exists no plan that could abruptly replace Constellation if it failed and there are no competent people who would be willing and able to quickly and reliably develop it.
Moreover, the space program is one of the symbols of the U.S. technological leadership - the word "supremacy" could already be an exaggeration. There are a few other symbols. Let me tell you that the car industry is no longer one of them and once the LHC is running, experimental particle physics won't be in the list, either. If Mr Barack Obama et al. kills the NASA's cutting-edge programs and a few similar projects, the U.S. is on its way to become another Kenya within 50 years.
The brutal feminist arrorance manifested by these attempts to put a Ms Garver on the same level as Dr Griffin - in order for the Democrat Party to flex its muscles (an average woman with a brown shirt in the party can easily beat NASA's boss!) - should ring a bell. It is a reason to be deeply concerned. 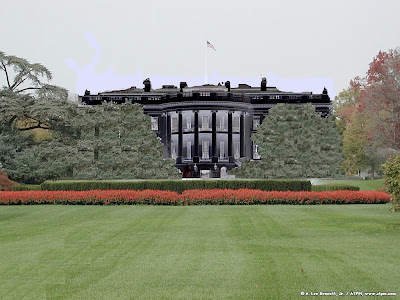 Also, I am concerned by the strength of the intimidation, i.e. by the degree to which Griffin must flatter Obama and his people not to be fired. He probably can't afford to admit that Ms Garver is an arrogant bitch. Mike Griffin has always been an apolitical boss of NASA so if Obama's people have political problems with him, it shows that something is extremely wrong about their attitude to science.
And that's the memo.
Luboš Motl v 6:47 PM
Share