Today, the wife of Czech architect Jan Kaplický gave birth to a child. That would be good news for Kaplický.
Unfortunately, he died on the street today, too. My condolences to his family. His most famous building that has been realized is Bull Ring in Birmingham, followed by the Lord's Media Centre in London. 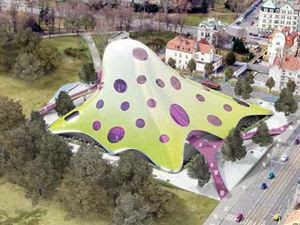 He became famous as the author of a controversial project for a new building of the Czech National Library near the Prague Castle. It's been nicknamed octopus, blob, or jellyfish. It's been argued that the extraterrestrial aliens have landed and melted the Prague Castle and the building above was what was left. According to some YouTube dudes, the library was attacking people in some Marshmallow commercials. :-)


Czech President Václav Klaus had half-jokingly revealed his plans to use ropes and, following the Greenpeace example, prevent the construction of the "arrogant" building with his own body. Prague Mayor Pavel Bém, the guy who has made it to Mount Everest, dislikes the building, too. It will probably not be realized.

Your humble correspondent has disliked and dislikes the project, too. 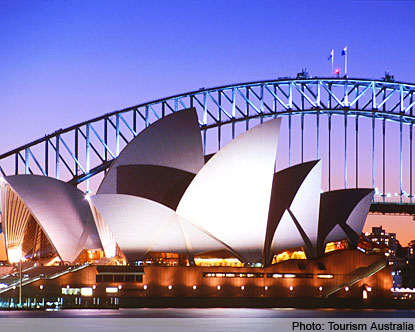 On the other hand, we had some discussions about architecture with my uncle in Melbourne today (hello!) and I am not completely convinced that the future generations will agree with our skepticism. The Sydney Opera House above has been opposed by many people, too. And I think it is a terrific building! Those skeptics were clearly wrong. Aren't we equally wrong with the blob? Aren't we just being brainwashed? Do we really hate it?