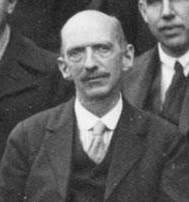 Charles Thomson Rees Wilson was born in Scotland on February 14th, 1869. Although he studied biology, planning to become a physician, he soon became interested in meteorology.
In 1893, he began to investigate clouds and their properties. Some 1893 observations of cloud formation led him to design his own experiments in Cambridge. He was able to create cloud trails in water vapors by ions and radiation.


In 1927, he shared a physics Nobel prize with Arthur Compton for this discovery of the cloud chamber. More than 80 years after his award, the question whether ions - such as galactic cosmic rays - help to create clouds in the atmosphere remains controversial among many people, including fellow climate skeptics. 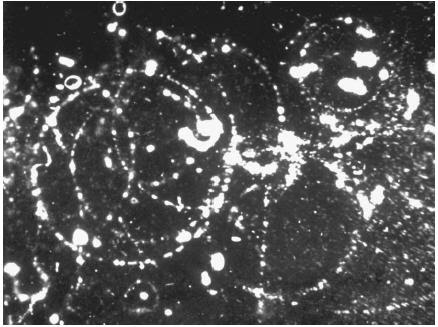 One of the first cloud chamber photographs showing the track of a cosmic ray, taken by Dmitry Skobeltzyn in Leningrad, in 1927.

Well, let me tell you that it is certainly not controversial for me. The only question is "how much".
Luboš Motl v 12:01 PM
Share