Off-topic but cool: Google Earth 5.0 has been released. It includes a time machine (historical pictures of places), detailed images and data from beneath the ocean, 3D pictures of Mars, and tools to create presentations (including a microphone), among other things.

Download Google Earth 5.0. See Dmitry's blog or CNN or YouTube for some demo videos. The program even allows you to vomit because it was apparently created by Al Gore, much like the Internet. Also, download Skype 4.0. 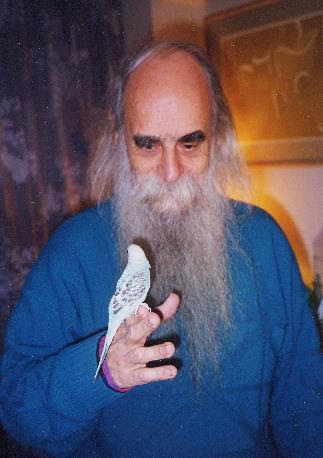 Membranes with one temporal dimension, d=2+1, lead to D=10+1 and it could perhaps be natural to think about a bosonic M-theory in D=26+1 dimensions. Also, one may imagine worldvolume theories with two times, i.e. d=2+2, in D=10+2 or D=26+2 dimensions. Note that in all these cases, you are left with 8 (super case) or 24 (bosonic case) transverse dimensions.

Is this story going beyond this simple numerology? Most string theorists would answer Probably not. However, a few brave souls including Lovelace have been trying to construct a new mathematical formalism with symmetries and ghosts that would be as powerful as conformal field theory of 2D string worldsheets - but it would be different, higher-dimensional, and perhaps more fundamental.


Self-duality is needed for the 2+2-dimensional worldvolumes to replace the conformal structure on the world sheet. In the past, the corresponding theory needed diffeomorphism ghosts. The "central charge" cancellation led to the critical dimension D=28-1566=-1538, well below zero.

Lovelace now claims to have gotten rid of the diffeomorphism ghosts, returning him to the D=28 game for the 2+2-dimensional membrane.

The Riemann tensor is decomposed into the Ricci scalar; the de-traced Ricci tensor; and the self-dual and anti-self-dual components of the Weyl tensor. Instead of one conformal anomaly in 4D, there are four analogous anomalies in 4D: the squares of the two Weyl tensors; the Euler density; the Hirzebruch signature density.

The 4D topological gravity is shown to be not-quite-topological: one component of g_{mu nu}, out of ten, survives - a fact that should be obvious to the people who have used N=(2,1) strings to describe such self-dual systems. This surviving scalar plays the role of the conformal mode. An anomaly turns out to be (D-28)/360. I don't quite understand the formalism yet.
Luboš Motl v 8:06 AM
Share