On March 23rd, we celebrate at least three important birthdays of mathematicians who have heavily influenced physics: Laplace, Noether, and Faddeev. Let me start with the oldest guy. 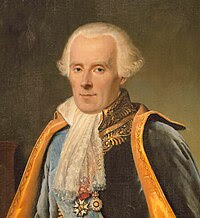 Pierre-Simon Laplace was born on March 23rd, 1749, i.e. 260 years ago. According to some sources, it was April 23rd.
His father was a peasant but Pierre-Simon managed to get educated because he was a captivatingly bright child and teenager who entertained people in wealthy neighborhoods. However, the father could have been rich, too: he was probably a cider merchant at the same moment.

Under Napoleon, in 1806, Laplace became a count. That happened despite the story in which Napoleon complained that Laplace's book didn't mention God. Laplace told his leader that he didn't need to use that hypothesis. ;-)
Laplace had political ambitions but his job as a minister of the interior only lasted for six weeks: Napoleon was unimpressed.

Nicknamed the Newton of France, he was the key person in the early stage of classical field theory who has made many amazing contributions to mathematics and mathematical physics, including the 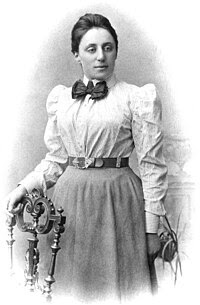 Amalie Emmy Noether was born on March 23rd, 1882. At least until the early 20th century, she was the most important woman in mathematics, according to Einstein, your humble correspondent, and others.

Her father was also a mathematician, Max Noether.
And the positive advantage of her being an Ashkenazi Jew (10 points) beats the disadvantage of being a woman (-3 points): the average female Jewish IQ still beats the average male Slavic IQ, for example! ;-) But the smaller female variances make her less likely, indeed.

She studied commutative rings, noncommutative algebras, representations of groups, modules, ideals, and variational calculus in a typically mathematical approach that always looked pretty obscure to me when I read it.


Noether's theorem
Clearly, the most important discovery of hers is the one-to-one correspondence between continuous symmetries on one side and conserved quantities (and currents) on the other side - a deep physical insight whose origin and meaning became clear later in quantum mechanics (where conserved quantities generate the symmetry transformations).

The quantity whose conservation law can be derived from the time-translation symmetry is referred to as energy; from spatial translations, you obtain the momentum; from spatial rotations, you derive the components of the angular momentum; Galilean or Lorentz symmetries are linked to the constant velocity of the center of mass, and so on.


A woman in the male world
She could pretty much operate as a female academician around 1905, although some of her lectures had to be given the official name of David Hilbert, her main male patron and champion. Even around 1915 when David Hilbert and Felix Klein wanted her to be a Privatdozent in Göttingen, there was some opposition. A female teacher would be viewed as a humiliating experience for the boys. Moreover, they didn't have female lavatories in the building.
David Hilbert famously stated that the complaints based on her sex were not justified because their institution was a "university, not a bath house." :-)

Emmy Noether knew all the big mathematicians of her era rather well. She spent some active time in Moscow, too. Most leading bolsheviks were Jews (Lenin was an exception) and Emmy Noether has revealed some support for the bolsheviks, too. On the other hand, she was decent to her students ("Noether boys"), never claiming credit she wouldn't deserve. Unfortunately, one of those boys, Werner Weber, later helped Adolf Hitler to get rid of her in 1933. She moved to Bryn Mawr College in Pennsylvania (paid by the Rockefeller Foundation).


While being affiliated with the Institute and teaching at Princeton University a few times in the 1930s, she still complained about the male chauvinism at that place. The last visible traces of this sexism disappeared later, in the 1960s, and only in the 1980s, the old classical sexism began to be superseded by the reverse sexism. But she couldn't see the present era: in 1935, a tumor in her pelvis killed her, at age of 53. 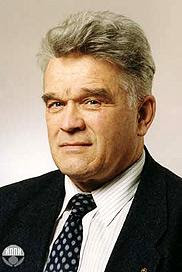 Ludvig Faddeev was born on March 23rd, 1934.
Much like in the case of Emmy Noether, his father was a mathematician (doing algebra). Ludvig Faddeev is famous for their discovery of the Faddeev-Popov ghosts, the key part of the modern (BRST) covariant quantization. They were pre-discovered by Richard Feynman.

Faddeev also found the Faddeev equations defining the most general Ansatz for some three-point functions in field theory, often used in nuclear physics for the case of three nucleons.

His work led to the discovery of quantum groups. Some time ago, he wrote a widely cited book about the Hamiltonian treatment of solitons. Unlike the previous two mathematicians, Faddeev is alive and hopefully well. Congratulations to his 75th birthday!
Luboš Motl v 1:03 AM
Share