Some common sense for the current crisis

To be sure, this op-ed is not concerned with our current Czech government, and certainly not with its finance minister or our central bank. (Maybe with some, perhaps excessively media-savvy, experts from NERV, the Czech National Economic Government Council.) It's a good thing that the Czech Republic is neither among the most affected countries, nor among the leading countries that are promoting proposals that threaten to become an insurmountable obstacle against the return to the long-term economic growth. However, we must do everything to protect ourselves against both threats.

Any serious debate must carefully distinguish the causes of the crisis from the proposals how to cure it - and short-term anti-crisis stimuli to the economy from ambitious attempts to avoid the crises once for all. 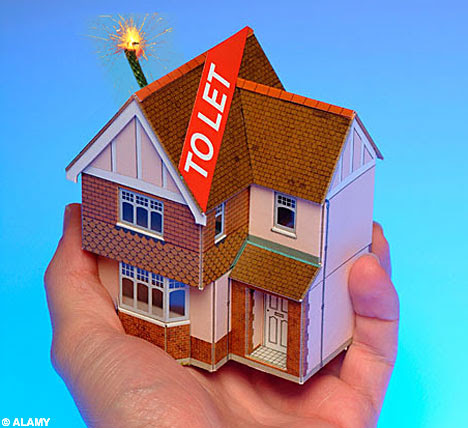 Where and when was the beginning? The global crisis began at the end of 2007 in the U.S. According to NBER, the National Bureacy of Economic Research, the U.S. economy slipped into red numbers in December 2007, roughly 15 months ago. Despite all the extensive financial injections (or patches), we still don't see a glimpse of the end of the crisis so far. The crisis was ignited by a combination of the U.S. authorities' extraordinarily irresponsible stimulation of the purchases of apartments and houses that were financed by almost unpayable mortgages - as some economists have been warning for a long time and as we could manifestly see in recent reality - and an excessively pro-growth monetary policy of the Fed. A more long-term reason for the crisis was their addictive "living out of debt" because the U.S. economy has been consuming more than it was producing for whole decades. All other phenomena, which are frequently discussed these days, were just consequences of these two factors and they are just parts of the transmission mechanism of the crisis, i.e. aspects of its transfer to additional sectors of the economy.


The crisis was quickly spreading in two directions - from the financial sector to the "real" one - and from the U.S. to Europe and other continents. The main contribution to this development was the halt of loans for any economic activity that was caused by an extraordinary absence of trust among the banks themselves, and in between the banks and the subjects of the real economy. This credit crisis was amplified by the pseudo-activities of the governments and their headlong attempts to show their readiness, good will, and especially their indispensableness.

However, this process has a wider context. Even though the current crisis is a standard economic phenomenon, it is taking place in a different environment than the past crises. People usually mention that it is the first real crisis in the era of globalization (which is surely the case if I accept - for the sake of simplicity - this ill-defined term), but this blanket statement is not enough for my purposes. Instead, I would say that it is the first real crisis

→ in the era when the ideas and principles underlying politics have been completely depleted and when the politicians are manipulating the voters more extremely than ever before; they use media whose basic approach and technological capabilities differ from the past

→ in the era of an overregulated world, when exactly this inevitably imperfect regulation directly encourages the people to circumvent it

→ in the era of an extreme shift of the wealthy nations towards a welfare state (that leads to an extensive immunization of the life of a human away from his or her own contribution to the prosperity of the society), and of an extreme amplification of the so-called demonstration effect in the third world (which consequently leads to these countries' very unnatural and non-uniform development)

→ in the era when two things are unfortunately happening simultaneously: prosperity is becoming addictive; but people are weaning away from the throughput that is needed to create such a prosperity

→ in the era of internationalization when the role of the nation states is being weakened, which inevitably brings a radical deterioration of democracy and a transition towards post-democracy

Our era is the very first one when politics is being played almost completely for the sake of itself and when it is almost completely detached from the interests of the people. This fact leads the politicians to a very specific type of behavior that is most faithfully exhibited by the international summits that are being summoned on a daily basis - and by the "competition" which politician will be able to pump more money into the economy (not his own money). These "crucial" but merely demonstrative meetings of the politicians only serve to amplify the confusion, distrust, and panic.

In our country, the crisis is merely an imported one. It doesn't mean that our economy has no vulnerable spots. And I am not denying that the growth in recent years may have been faster than the "natural" growth rate (the so-called potential product growth rate). I am not pretending that no "narrow valleys" in the economy have emerged (but they were relatively successfully filled because of the extraordinary openness of our economy in the era when the global trade was increasing). I am not claiming that our public finances are totally healthy and the budgets are completely balanced. And finally, I don't want to hide that the artificial support for some investments may have distorted the natural structure of the economy, and so on.

Nevertheless, the momentum came here from abroad. It had the form of a significant reduction of the demand for our exports and the ruthless policy of the Western European banks (which own most of our banks) that have uselessly and gratuitously pinched the loans for otherwise healthy companies in our country, too. Moreover, they are piling up reserves for a possible future deepening of the crisis. Needless to say, I have always been supporting the export character of our economy; on the other hand, I have always had good reasons to be skeptical about the sale of our banks to foreign owners.

I don't want to exhort Presidents Obama and Sarkozy or Chancellor Merkel and tell them how to stimulate their economies in the short term. However, I am convinced that the right way to solve the current problems is not to flood the economy with money (which will have to be paid back by our children and grandchildren for long decades). This so-called Keynesian policy has never worked, because of many well-known reasons. Some time ago, I was reading some very convincing statements by Henry Morgenthau, the treasury secretary under F.D. Roosevelt, who has been a faithful executor of Roosevelt's New Deal. In May 1939, he wrote: "We are spending more money than we have ever spent before and it does not work. I want to see this country prosperous. I want to see people get a job. We have never made good on our promises. I say after eight years of this administration we have just as much unemployment [over 20%, comment by V.K.] as when we started and an enormous debt to boot." (Reference: B.W. Folsom, "Do We Need a New New Deal?", Imprimis, Hillsdale College, January 2005, vol. 38, No. 1.) That crisis was paradoxically "cured" only when the Second World War began and ignited a huge boom in arms races. 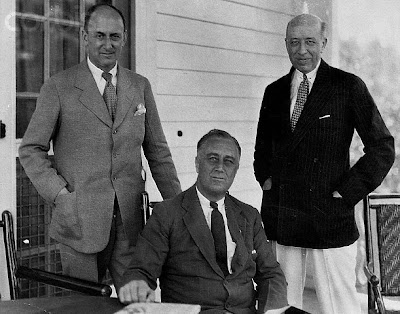 Today, expansive financial government policies won't help us either. I am pleased to see that not even our finance minister Mr Kalousek believes that they will. My recommendations would therefore be simple and standard. First of all, let us try to unburden the economy, get rid of things that are unnaturally backpedaling it. I am talking about bureaucratic restrictions of many types, excessive "standards", an overinflated welfare state, excessively high taxes and insurance, rigid labor legislature, environmental activists' ambitions, clumsy government offices whose stamps must be waited for by the economy. I am no fundamentalist. As a practical politician I know that it could perhaps help to speed up some infrastructure projects of the state, to simplify the spending of the public money, to build something useful: but I don't believe these things too much. After all, that's what my innocent remark about the curing and not curing of the flu was all about.

The private sector will surely learn its lesson from the crisis very quickly because the real money owned by particular people is at stake here. The only and exclusive question that remains is whether the governments will be able learn their lesson, too. They shouldn't try to control the economies globally. Instead, they should try to "increase their own productivity" (much like the private sector does) by trying to achieve the same throughput with a smaller number of employees or - which is even better - to try to reduce its very throughput of regulation, inspection, and governance. The gravest mistake would be to increase the regulation exactly at this moment.

Most importantly: the governments shouldn't increase panic by dramatic gestures and careworn faces of the politicians.