GISS: March 2009 was the coolest March in this century

GISS data for March 2009 are out. With the global anomaly of 0.47 °C, March 2009 is reported as the coldest March since 2000 - and colder than March 1990 and 1998, despite the ending La Nina that is being superseded by ENSO-neutral conditions. That puts March 2009 out of the "top ten".
Also, the March 2009 global mean temperature differed by 0.03 °C only from the March 1981 figure - from a month when the ENSO/ONI index was pretty much equal to the current value. This cherry-picked monthly comparison would suggest that there may have been 0.03 °C of warming in 30 years.
See also the corresponding satellite data for March 2009 that were released previously.

The Sun has been spotless for 39 days, resembling the spotless streaks before the Dalton minimum that occurred 200 years ago. 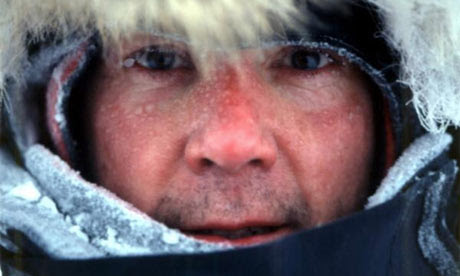 Pen Hadow, the global warming alarmist in the Arctic Ocean, was humbled by the freezing weather and according to BBC, he admitted that "it's never wise to imagine that either man or technology has the upper hand in the natural world."

He said it's truly "brutal" out there - a "constant reminder that Mother Nature always has the final say". He said these words after the team had to abandon Sprite, a key yellow scientific gadget, that froze and broke again, even after it was repaired in London.

According to our poll, 97% of the 400+ voting readers think that they won't reach the North Pole: 57% of them think that they will be dramatically evacuated while 16% think that at least one of the team members will perish.

Yesterday, Ann Daniels was lucky: she didn't drown twice, despite the high odds. Also, the organizers hate the climate skeptics so much that they gave Pen Hadow an antiseptic cream instead of a tooth paste. He almost used it.
Luboš Motl v 8:24 PM
Share