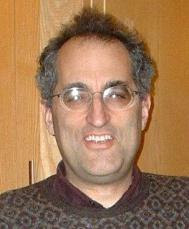 It tells you that despite being a Witten, Witten received a lousy office from CERN. That's called the European hospitality. ;-) To be fair and balanced, you should also look at Einstein's office at the IAS in Princeton.

Witten considers the "string wars" that began in 2006 by the publication of two books by Swolin (that he hasn't read) to be as irrelevant episodes as the short-lived chaos initiated by the publication of a similar book, The End of Science, by a similar "thinker" a decade earlier. Neither of the books nor the temporary nature of their repercussions - Swoit's 15 minutes of fame - reflected any change of the underlying climate, Witten enunciates.

The following paragraphs sketch Witten's opinion about the interpretation of the landscape, the multiverse, the expectations from the LHC, extra dimensions, supersymmetry, Witten's favorite sports, Witten and history, advantages of Witten relatively to Einstein and vice versa, and many other things. Chiara Nappi believes that top physics can no longer be investigated in a patent office in Bern, Switzerland. It can only be pursued in a latent office in CERN, Switzerland. ;-)


Finally, Matthew Chalmers informs the readers that after 339 articles and 87,000 citations, Witten (and his wife) may finally start some serious work because their children have moved out. ;-) Well, let's hope that those 33 years of the relative silence described in the previous sentence will be replaced by some genuine explosion of ideas! And let's hope that our brains won't explode along the way.
Luboš Motl v 9:01 PM
Share