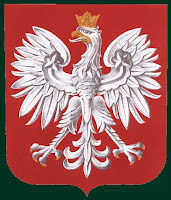 It took us two months to learn that the Committee for Geological Sciences of the Polish National Academy of Sciences has joined the climate realists. In their February 2009 statement,

they enumerate dozens of examples of natural processes that have been changing the climate from the birth of our planet, at all time scales, locally and globally.

It explains why the recent changes were small in comparison with the historical evolution and why the most recent measurements do not offer us enough data to validate complex models. The scholars agree that the greenhouse effect is real and identify water vapor as the key greenhouse gas. They emphasize that the climate must be studied in its entirety, including the geological context, and the focus must shift away from CO2.


The academy diplomatically concludes that adaptation to whatever occurs is the way to go and that taking dramatic and expensive steps to reduce just some selected greenhouse gases which are just a small portion of the drivers of the climate may turn out to be counterproductive.

Let me say that I am convinced that pretty much all natural and exact scientists in Central Europe would subscribe to this statement but I am not sure whether this fact is enough to eliminate the hordes of "alternative" physicists, to put it extremely mildly, who have flooded many Western and other academies, schools, companies, and journals during the most recent 5 years or so.

By the way, when we talk about Poland, the country is preparing to ban T-shirts with commie mass killer Che Guevara. Meanwhile, David Duke is visiting Czechia, planning to support a Czech Nazi group and apparently believing that it is legal in the Czech Republic to be a former Ku Klux Klan boss. It is actually not quite legal to promote "movements attempting to suppress human rights" so he was arrested in Prague. Nazis, feminists, and similar crap, beware.

By the way, Prague mayor Dr Pavel Bém, the guy who has been to Mt Everest, has won the first award for his vigorous support of the plans to build skyscrapers in Pankrác, a Southern suburb in central Prague. Prague deserves at least a modest skyline.
The golden city displays all the architecture styles of the past and the 21st century skyscrapers shouldn't be missing! What would the 23rd century tourists think about such a historical hole? ;-)

The award is Petroleus Mostensis 2009 (Ropák 2009) and it has been decided by the nation's green bigots organized in the "Children of the Earth" (Děti Země) movement. But I am sure that Dr Pavel Bém is going to be proud, anyway. The bigots have also appreciated Bém's support for speedy highways in Prague.
Luboš Motl v 3:07 PM
Share