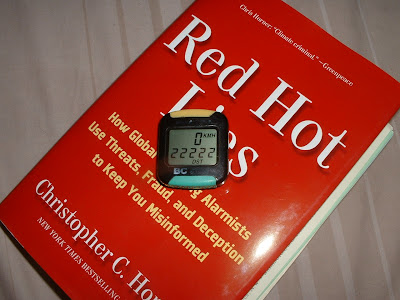 Click to zoom in. See the previous speedometer anniversary.

While Penny has to undergo an annoying interrogation about sex and emotions by Sheldon, Leonard and Rajesh buy a Jewish girlfriend experience for Howard. :-) Howard is able to determine that she is a prostitute - and he thanks his friends. Sheldon receives Penny's bed for a night, without her, but with her brand new singing of Soft Kitty.

I am often afraid that the producers have overshot Sheldon's asexuality, bringing it to irreversible dimensions. But once again, everything is possible on TV screens.

I have just watched the episode 1x04 in Czech dubbing, as created for Czech Prima Cool TV. It was the first episode that I enjoyed more in Czech than I did in the original version. Sheldon's Czech finally became formally perfect and many other "details" have been fine-tuned, too. Good that I didn't abandon their work prematurely.
Luboš Motl v 9:57 AM
Share