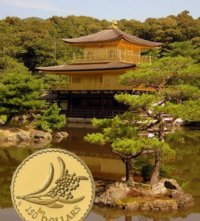 LiveMint (WSJ) describe the spirit of the negotiations about the CO2 regulation that will continue in Copenhagen, in December 2009.

China and India have called for 1% of the developed world's GDP to be paid for projects to reduce CO2 in the third world.

This is a natural consequence of the current ideological atmosphere in the world. It's clear that the third world can't pay - and shouldn't be forced to pay - for the insane programs to regulate carbon dioxide. So it is up to the developed countries. After all, wealth redistribution is what many proponents of this terrifying policy want, anyway.

Can you imagine how much is 1% of the GDP and what it will mean?

Can you imagine how much is 3%? In 2008, the world's annual GDP was 60 trillion dollars. Let's be generous and assume that only the developed world will pay those 3% while the rest will be subsidized and unaffected. And let's say that the developed world's GDP is 40 trillion per year.

Another question is what this "investment" does with the GDP growth. It is not quite true that the annual GDP growth rate of the developed world would get reduced by 3% because, using the viewpoint of a buyer, a part of those missing 3% would have been "consumed" while another part would have been "invested" into things that increase the GDP in the future (such as research and development, and the construction of new plants). In other words, people will be forced to partly reduce their consumption and partly their investment.

I think that these two groups of expenditures are comparable; correct me if I am wrong. We usually invest resources that are "left" after we pay for all the normal things we have to or we want to consume. So my estimate is that if a country consistently spends 3% on a new "sector", to describe it nicely, the growth of the remaining sectors' contribution to the GDP will be lowered by 1.5% or so.

Of course, the "entire GDP growth rate" may be decelerated less severely because the GDP figure will include an increasing portion of the "hot air", CO2-related "products" that don't really make anyone happy, that just grow like cancer because a gang of loons, pseudoscientists, and criminals wanted it. Instead of a new car, you will be able to buy a new carbon indulgence sticker and glue it to your window. ;-)

Let me remove this fake, centrally prescribed and fabricated new "product" from the GDP counting.

Can you appreciate what it means to lower the GDP growth rate by 1.5%? The recent (or recently ending) economic downturn has reduced the GDP by something like 5%, relatively to the hypothetical world which would have avoided this "crisis". And people are already mad, even though everyone knows that such a thing occurs once in 50 years. In other words, similar downturns reduce the GDP growth rate by 5%/50 = 0.1% per year in average.

But we are talking about 1.5% per year. In the long run, the proposed CO2 policies are 15 times more devastating than the economic "crises" similar to the current one. They're being justified by the desire to solve a non-existent problem, even though it is very clear that even if the problem existed, they couldn't solve it. Anyone who is willing to participate in this megalomaniac CO2 scam is a dangerous criminal or a dangerous nutcase.
Luboš Motl v 2:45 PM
Share