In 1942, Reinhard Heydrich, the acting protector of Bohemia and Moravia, was supposed to survive. In fact, the so-called blonde beast was chosen by the most famous environmentalist of the history, Adolf Hitler, as his likely successor.

The Czechoslovak government in London begged to differ.

While much of the Czech population was compatible with the German rulers and many Slovaks were kind of happy with the quasi-freedom they received on a Third Reich's orbit, a couple of brave soldiers - one Czech and one Slovak - parachuted into their homeland to organize the end of the blonde beast.

Exactly 67 years ago, after some unplanned glitches, they managed to kill the protector with 30 pounds of plastic explosives; the gun malfunctioned. It was perhaps the most visible symbol of the non-vanishing Czech resistance during the war. The assassins - who hid in a church rather than in a hotel in downtown Prague - were ultimately killed by the Germans and two villages had to be completely flattened and exterminated because of the death of a guy - a family man, a violinist, and a chief planner of the "Final Solution" - who didn't deserve anything else than death. 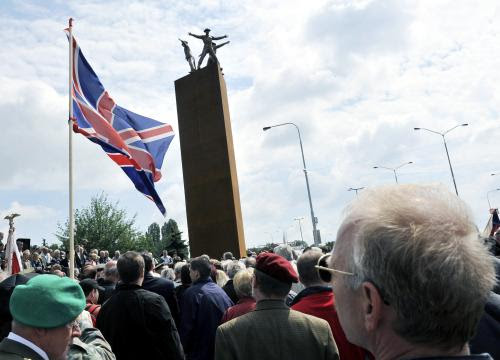 They just opened a new memorial at the place of the assassination.


Although assassination would be unjustifiable in democracy, it was an appropriate tool in the Nazi times. Even though 3,000 Czech people who died as a result may sound as a lot, it was actually a good deal. Czechoslovakia returned on the allies' map of Europe and the Munich Betrayal was officially revoked by Great Britain (and the informal French government).
Luboš Motl v 2:11 PM
Share