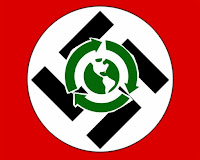 Gordon has pointed out the following troublesome story.

The Polar Bear Specialist Group didn't invite Taylor to their conference. More disturbingly, they explicitly said that the reason had nothing to do with the quality of Taylor's science. Derocher, a boss of the AGW-contaminated polar bear specialists, wrote an explanation to Taylor:


I do believe, as do many [Polar Bear Specialist Group] members, that for the sake of polar bear conservation, views that run counter to human-induced climate change are extremely unhelpful. ... I, too, was not surprised by the members not endorsing an invitation. Nothing I heard had to do with your science on harvesting or your research on polar bears.

Wow. The group is overrun by dishonest demagogues who use 20th century totalitarian methods combined with a politically correct jargon to achieve the ideological "purity" (meaning "complete dirtiness"). In my files that are getting ready for the collapse of this gigantic scam, I am adding Andrew Derocher one year in prison. What a screwed jerk.

Has it become normal in polar bear science - or broader science - to filter participants of conferences according to ideological and political criteria and to be open about it? Have you heard what had to be done with the previous groups who were doing similar things?

Also, I find it very arrogant to call Taylor's views "dissenting". It is the AGW Chickens Little who are dissenting - and who are rejecting the very basics of democracy, freedom, modern civilization, and the scientific method. AGW nuts, you're the hippies, freegans, loons, and freeloaders. And be sure that I will go after your necks, bastards.

Gore vs Nazis or Gore as Nazis?

By the way, it is a complete coincidence that I wrote about this story and combined the German symbol from the 1930s with the logo of Greenpeace. It just happened that today, The U.K. Times have reported that Al Gore compared the fight against climate change with the fight against the Nazis.

As you can see, I completely agree with him: he has just seriously confused the two sides of the barricade. The story of Mitch Taylor is the millionth piece of evidence that I am right and Gore is wrong about the sign issue. Read the Roots of Environmentalism to learn about the environmentalist character of the Nazi Big Cheeses and Anthony Watts' blog with additional remarks.

Concerning Godwin's law, I don't think that comparisons to Nazis should be taboo. The AGW movement is becoming radical enough for thoughtful comparisons of Nazism and environmentalism to gain importance. Asking what can we learn from the history about the dynamics of the society is important because the nations that don't learn anything from the history are destined to repeat its mistakes.

Assuming that I ask you to optimize the analogy, where do we stand today? My guess is that with the AGW activists today, we are in the situation of Germany in 1936 or so. It's not yet a "crisis" but the global warming realists enjoy a comparable treatment as the Jews in 1936. The fighters against climate change are slowly (or quickly?) taking over the scientific institutions and international organizations. Some pogroms against power plants may resemble a modest version of the Night of Broken Glass - but we're not there yet. It is up to us whether 2011 will be similar to 1938, too.

But structurally speaking, the current fight against global warming (i.e. alarmism) is similar to the fight against Nazism, indeed. It's not quite the same thing but the number of similarities is sufficiently high for us to learn a lesson or two.

Al Gore has recently studied the psychology of Gaia, Her thumbs, and neocortex. His reasoning will only be understood by the future generations, namely by the 22nd century psychiatrists.

Science at the bleating edge

You may be interested in the self-described "mainstream" climate science. What is the hottest question studied by the concerned people who are paid USD 2 billion for being concerned?

Gavin Schmidt has the answer. In the second part of "Science at the bleeding edge", he discusses the question whether higher populations of sheep amplify global warming.

A lighter color of their fur may cool the Earth. But global warming makes sheep smaller, Gavin argues, and it could therefore add some additional warming. However, he has forgotten the Double Copenhagen Feedback.

While the male climate aparatchiks are enjoying the genuine gifts of the Danish capital, their partners are lonely at home.

With a higher number of sheep, they have a higher probability to buy a cheap sheep fur coat or a woolen sweater before they enjoy their own night with their preferred spare partners. That allows them to turn off the heating for a while, an act that cools the Earth - both directly and by a reduced emission of greenhouse gases.

You may write 50 papers about similar topics and millions of dollars are yours! ;-) An imbecile would have to be an idiot not to join climatology these days! In fact, pretty much all of them are already working on it.
Luboš Motl v 7:03 AM
Share