Hundreds of billions of dollars are being spent for environmental luxury in the U.S. and other traditional Western countries.

That didn't prevent my hometown of Pilsen from producing the first triply hybrid fuel cell bus in the world. 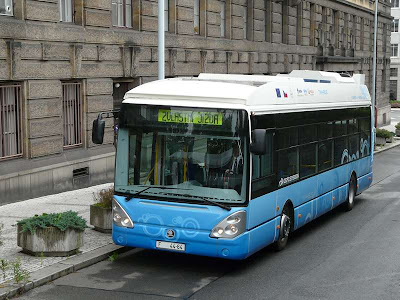 The bus was manufactured by Škoda Electric in Pilsen (Czechia), using Iveco‘s Irisbus Citelis chassis, together with Proton Motor (Germany), IFE Halden (Norway), and Linde Gas (the refueller) & Veolia Transport (both Czechia). The whole project was coordinated by the Nuclear Research Institute in Řež (= "Cut it!") near Prague.


A 48-kW Proton Motor membrane fuel cell (that needs Hydrogen) is the main source of energy: everything is converted to electricity. The motor simply has an anode (waiting for H2) and a cathode (waiting for O2), with an electrolyte in between. The other two sources of electricity - that are used whenever it is economic or needed - are Li-ion batteries (10 kWh, 40 kW) and ultracapacitors (1.2 kWh, 200 kW), able to give you much more power for a much much shorter time. This one bus is also equipped with a special Hydrogen filling station in Neratovice, Central Bohemia. ;-) Consequently, Neratovice will be the only town where the bus may make a quasi-profitable career. 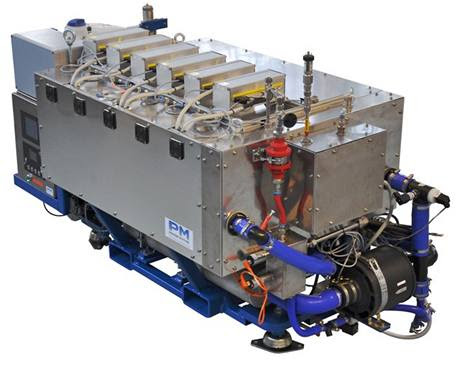 See two pages of technical specifications, a nicer one-page "brochure" (in English and Czech), and some basic review.

Well, it's clearly a waste of money in the current world. On the other hand, it is a sensibly inexpensive project to get a better idea what the issues will really be. The motion is very quiet and stable, the maximum speed is 65 kph right now (good for city public transportation only), and the range is 250 km. That's where you can go with 20 kilograms of Hydrogen (which is 800 liters, at 300 atmospheres).

According to some counting whose exact rules are not clear to me, this type of a motor only eats 1/2 of the energy of mainstream Diesel motors. They probably mean that the motor consumes 7.5 kg of Hydrogen per 100 km instead of 20 liters of Diesel fuel.
Luboš Motl v 3:12 PM
Share