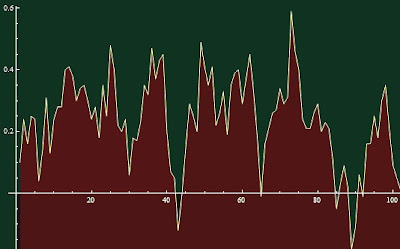 Global mean temperature according to UAH MSU for the first 8.5 years i.e. 102 months of this century. Linear regression gives a cooling trend by a hefty -1.45 °C per century in this interval. So if someone tells you that the trend is "of course" positive as long as we omit the year 1998, you may be very certain that he or she is not telling you the truth.

UAH MSU has officially released their June 2009 data. This time, they're faster than RSS MSU. The anomaly was +0.01 °C, meaning that the global temperature was essentially equal to the average June temperature since 1979. June 2009 actually belonged to the cooler half of the Junes since 1979.

You may have been intrigued by my comment that the centennial cooling trend during the last 8.5 years is -1.45 °C. What is the result if you choose the last "N" months and perform the linear regression? 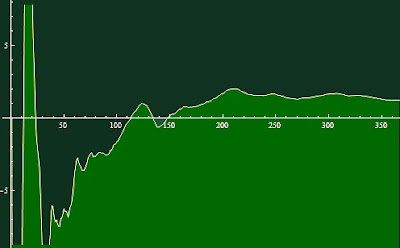 You may see that the cooling trends are dominating for most intervals shorter than 110 months; the trend in the last 50 months is around -6 °C per century. The local minimum near "N=140 months" ago appears because of the 1998 El Nino of the century that makes the 1998-2009 trend cooling, too. Only when the period gets longer than 150 months i.e. 12.5 years (but less than 31 years), the trend becomes uniformly positive (as far as we can say), around 1.2 °C per century for the intervals whose length is close to 30 years.


Note that those 12.5 years - where you still get a vanishing trend - is from January 1997 to June 2009. If you consider the UAH mid troposphere data instead (relevant for the part of the atmosphere where the greenhouse warming should be most pronounced, according to both proper atmospheric science and the IPCC report, page 675), all the trends are shifted downwards: 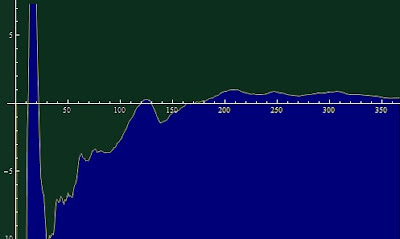 You need to consider time periods longer than 180 months i.e. 15 years (at least from Summer 1994) - but shorter than 31 years - to see a uniformly positive warming trend. And the trend that you can calculate from those 30+ years is just 0.4 °C per century and chances are that this 30+-year trend will actually drop below zero again, in a few years. At any rate, the blue graph makes it clear that in the right context, the longer-term warming trend converges to zero at a very good accuracy.

Because the mid troposphere is the dominant locus of the greenhouse "fingerprint", this is the most appropriate method to check the validity of the IPCC predictions. Their order-of-magnitude error is equivalent to the mistake of a biologist who confuses squirrels and elephants.

Someone may argue that those 30 years represent too short an interval and the trend will be higher in 100 years. But such a reasoning is a wishful thinking. Moreover, periods longer than 30 years don't really belong to the present generation. In 30 years, most of the population of the Earth won't remember the year 2009 - and they shouldn't be affected by stupid fads of those mostly dumb people from 2009.
Luboš Motl v 1:47 PM
Share