Which global mean temperature is relevant?

Steve McIntyre and Anthony Watts have promoted a paper about East African temperatures by John Christy et al. in Journal of Climate. I would bet it's a very careful paper but I can't really say because I haven't studied it in detail. Here is the full paper:

After having digitized the old data and after a few subtle statistical manipulations, one of their conclusions is that the airport in Nairobi, Kenya gives the dominant warming signal in the most well-known surface temperature datasets. This confirms the familiar warming influence of tarmac and other urban achievements. 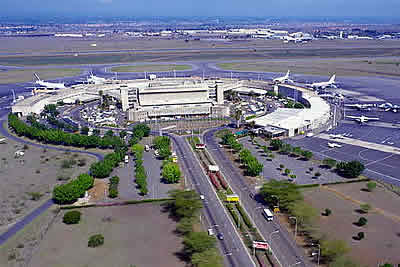 We're often amused by the fact that the surface temperature records are "contaminated" by various effects of urbanization because it seemingly makes them irrelevant. On the other hand, should we be joking about them? Shouldn't these things legitimately influence the beast called global mean temperature?

Well, it depends on your definition of the "global mean temperature". Teams behind products such as UAH, RSS, HadCRUT3, and GISS have measured very different rates of the change of the global mean temperature. For example, UAH sees the trend of 0.4 °C per century since 1979 in the mid troposphere and 1.2 °C in the low troposphere while the GISS figure is much higher. Is the whole difference due to an "error" of some of them - or all of them?


Well, it's not. At least the scientists wouldn't agree that all the causes are "errors". The different teams simply measure different things. All of them may be marketed under the vague term "global mean temperature" but it demonstrably does matter where you measure it and how. It matters how you compute the average, too. There's no unique answer.

Imagine for a while that you care about the humans. As of today, there are about 6.772 billion people in the world. Measure the temperature near each of them and take the average: we will call it the anthropocentric global mean temperature, in analogy with the anthropogenic global warming.

Now, it's important what temperatures we associate with each human. We must avoid the body temperature and we probably want to avoid the temperature in the houses where the people spend much of their time. The very fact that we want to remove such things already means that the final result for the temperature won't be too relevant for the people because they do live in the buildings, after all.

Fine, so let's take the temperature at the nearest point outside any "house", with a suitable definition of a house. The result averaged over humans who are alive at time "t" will resemble the surface temperature records but it will be weighted by the population density. The cities and large towns will influence the result a lot. The oceans' effects will become negligible. As a result, the faster land warming and urban heat effects will lead to a much faster warming trend.

It may be around 2 °C per 20th century or more. People have survived this change easily. Obviously, they could survive 15 °C, too - at least as far as the direct influence of the temperature on their lives goes. Most of this warming is demonstrably due to other drivers than the carbon dioxide: CO2 spreads quickly and is only able to warm the Earth pretty much uniformly and we know that this warming has been very small so far.

Migration to different countries and different rates of population increases will matter a lot, too. However, these two effects will tend to cancel because the countries where the population tends to expand quickly are usually the countries that many people tend to leave.

Still, Europe's contribution to the world population has dropped from 25% in 1900 to 12% now and such changes may have had a profound impact on the temperature index we consider - although I am not sure about the sign in this case. Africa's share has risen from 2% in 1800 to 7% in 1950 - and I am sure which way this dynamics has pushed the anthropocentric global temperature. This population change has increased it by roughly 5% of the bonus 20 °C or so that Africa offers relatively to the averaged rest of the world: the growth in Africa gave us another Celsius degree into the anthropocentric global temperature by itself.

At any rate, if you think about all these effects, you will see quite many terms that are equal to 1 °C or greater. And they do matter. Even if the 21st century greenhouse warming were above 1 °C which I consider unlikely, it would be just one term of this magnitude among many. Most of the considerations above had something to do with the human homes. But there are many natural effects that integrate to something close to 1 °C per century, too.

These are elementary facts that the alarmists usually fail to realize. They are imagining that there is only one global temperature which is both well-defined, scientifically robust, as well as directly relevant for our lives. But no concept of this sort exists. There exist many different kinds of global temperatures. Their trends may differ by a factor of 5 or more, they are relevant for different things, and they are caused by different major drivers. The more directly a realization of "global mean temperature" is linked to Nature, the less directly it is relevant for our civilization. And even if you pick any of them, it still evolves in a very complicated way, being affected by many well-known drivers as well as uncontrollable random "noise".

The world is simply not as simple as some people suggest, and even if the CO2 climate sensitivity were 3+ times as large as it is and if it matched the IPCC fantasies, the carbon dioxide would still be largely irrelevant relatively to numerous other things that influence the temperature of the places where we and our pets spend their lives.
Luboš Motl v 1:30 PM
Share