Why ghost condensation is inconsistent 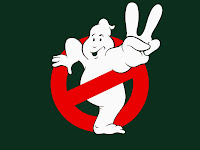 It follows a similar "swampland" research direction as recent cute papers by Simeon Hellerman and others. The goal is to find and sharpen general consistency constraints that quantum gravity imposes on the field contents and interactions in low-energy effective field theories in reality (and beyond).

Nakayama argues that theories with spontaneous Lorentz symmetry breaking, including models of "ghost condensation", are inconsistent, at least in 2+1 dimensions.

The reason is pretty much simple: the CFT2 dual of the corresponding AdS3 theories - which should exist if holography is applicable - would be scale-invariant (because of an isometry in the AdS3) but not fully conformally covariant (because of the broken Lorentz symmetry in the bulk). But Polchinski has shown, using Zamolodčikov's c-theorem, that all 1+1-dimensional unitary and otherwise well-behaved scale-invariant field theories must be conformally invariant, too.

I am convinced that this is just one more example out of many that are waiting for us and that imply that almost any qualitatative deviation from the general features of quantum gravity backgrounds that we observe in string theory has to be inconsistent when quantum gravity is added - or, if you prefer the following formulation - that consistent quantum gravity and string/M-theory is really the same thing.


Ideally, physicists in the future will be able to complete this research program (assuming that the thesis is true, or at least modifiable to become true). That would mean that they will be able to derive the allowed "landscape" of stringy backgrounds just from the general consistency "axioms" of quantum gravity. Holography may be one of these basic axioms - but it may eventually be derived from a more fundamental starting point, too. Only time will tell.

Another conceptual paper about holography was posted by Heemskerk, Penedones, Polchinski, and Sully:

The locality in the bulk implies a gap in the corresponding CFT, approachable by a large N expansion. The authors conjecture (and collect evidence) that there's also the opposite link, i.e. that every CFT with a gap has a "large" AdS dual.
Luboš Motl v 8:37 AM
Share