Why physics must care about being fundamental

Yes, I have just deliberately overused the adjective a bit in order to achieve a special impact on him because he seems to be really sensitive about the word, much like he is sensitive about other terms such as the God particle and the laws of physics. ;-)

Let me begin with this aspect of the discussion. People are doing various things for various reasons. That's true in science, too. One of the basic "polarizations" in science is the classification of research to "applied science" and "pure science". While their methods and logic are pretty much equivalent (or at least compatible), these two approaches in science significantly differ in their motivation.

Applied research is motivated by the desire to use new scientific findings in the everyday life (or at least in the every-year life). With a little bit of oversimplification, you may say that the financial profit of the society in 20 years is the key criterion that tells you which applied research is important.

Pure science is manifestly not driven by the same criterion. After all, high-energy physics above 1 GeV seems to have no practical consequences that couldn't be figured out without doing the hard science. If they exist, they will probably become useful in the far future so that the living people shouldn't even care.

Nevertheless, some people still study pure science. Why are they doing so? Now, please, let us assume that the existence of pure science is more than just a conspiracy to steal a few dollars from the sponsors and taxpayers. ;-) Clearly, the pure scientists want to learn something important, much like they have in the past. The importance is not measured by the profit of Joe Sixpack. What is it measured by?


Pure scientists want to learn the pure truth about the world, and I don't care a single bit whether someone finds these words "inflated". They're not inflated. And how important the insights in pure science are?

At the very end, correct insights in pure science are important according to their being fundamental. What does it mean? To be fundamental means to be connected to the foundations of reality or the foundations of a given field, to be based on basic concepts that are important for most of the work in the field, concepts that are not derived ones or contrived mixtures of others, that are not invented ad hoc, that are not approximate, that have a good chance to last, and that are not designed for a very limited, specialized set of applications and situations. 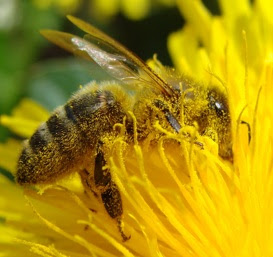 Fundamental topics are the scientific counterpart of God and His close family in the structure of a religion. ;-) Some of them may be cross-pollinated while others may be internally pollinated but the main achievements of physics are fundamental results rather than cross-pollinated results.

As Clifford correctly observes, the adjective "fundamental" is pretty much equivalent to another adjective, "elementary", in most of the existing high-energy physics. If you want to study more fundamental layers of reality, you have to look at small, elementary particles and forces that every object and process is made of. It has been the case throughout the history of physics of the microscopic world. In conventional particle physics, high energy corresponds to shorter distances which reveal a more elementary layer of the architecture of matter. While the beauty of Taj Mahal is not hidden in the bricks, the glue that holds it together, or the atoms that are inside, the fundamental keys to nuclei actually are the quarks and the gluons that hold them together: Clifford may be surprised but Taj Mahal is not a nucleus and arts are not fundamental physics.

And the rule that smaller things are more elementary or more fundamental may break down at the Planck scale: if you have a Planck-sized object, it makes no sense to ask "what smaller pieces it is made of". In fact, it cannot be made of any smaller pieces because nothing is smaller than the Planck length. The Planck scale physics is the ultimate realm where the word "fundamental" no longer means "smaller than everything you've seen before".

The concept of being fundamental must be generalized in this regime. We must return back to the conceptual issues that are detached from a simple geometric interpretation. Throughout the last decade or so, string theory has found an immense collection of fundamental insights that are fundamental because of other features and insights than the old-fashioned reductionism into geometrically smaller pieces. Objects and processes are often decomposed in terms of more fundamental processes that nevertheless need a bigger space than the composite ones. Locality itself is a derived concept whenever holography is important, and so on.

But it's still important to know or to try to learn which research is fundamental, universal, conceptually deep, and affecting much of the reasoning in the future, and which research is just a solution to a very specific partial - and sometimes approximate - problem. The former category is clearly more important in fundamental physics: but it is also harder to be found. Unlike the partial, non-fundamental results, such correct, new, fundamental physics cannot be produced by a routine process so it is often better to work on a less fundamental topic that is however doable. But when an insight is already and happily made, it matters a great deal whether it is fundamental or not!

Let me say that I agree with Clifford that some people incorrectly think that physics, even in the context of quantum gravity, is about the "search for the atoms" 24 hours a day - and no other question is important. This is clearly incorrect. Important insights of quantum gravity are no longer about a description of "atoms of space" that could be visualized and connected to produce more complicated configurations. In fact, dualities imply that we cannot objectively say which objects are elementary and which objects are composite: the classification depends on the dual description that you choose and the most physically imaginable (or the most weakly coupled) description can change as you move on the moduli space.

But it is still true that some laws and principles in quantum gravity are exact and universal (they include the philosophical insights summarized by the previous sentence about dualities!) - and in this sense, they are universal. And it is damn important to know what they are, otherwise one (or the whole community) would get lost in between a few random trees somewhere in the deep forest (which would become a waste of money for the sponsors).

So indeed, some young people may be led to an oversimplified conclusion about physics by the very usage of the word "fundamental". On the other hand, Clifford is clearly throwing out the baby with the bath water if he wants to suppress the very word "fundamental". Such a word (or an equivalent one) is as important as it has ever been: people must simply do their best to understand (and explain to others) what is fundamental and what is not.

Such a question is often a priori unanswered, but it is usually answered a posteriori. If we could never make any progress in answering such questions, whether something is fundamental or not, there would be no progress in physics. But physics has demonstrably been making progress for quite some time and it is very unreasonable to expect that it would stop. Of course that progress in physics also means that we are learning which notions are fundamental and which notions are not - and this categorization usually differs from the expectations of our ancestors.

Another, sociological argument that Clifford made against the word "fundamental" is that it is arrogant. Well, a few years ago while I was at Harvard, a new name for the high-energy theoretical group was being invented. Finally, it was called Center for the Fundamental Laws of Nature. I have always thought that it was and is a very good name - a good compromise between a boring technical name of a data-driven discipline on one side and the true philosophically inspirational driver of this discipline on the other side.

(Note that Clifford must be driven up the wall by this name because he hates both the word "fundamental" and the words "laws of physics".)

Is the name arrogant? Are similar usages of the word "fundamental" arrogant? Well, it depends on your definition of the word "arrogant" and other questions. According to Wikipedia, arrogance is unwarranted pride. Is it unwarranted to be proud about the fundamental character of the basic laws of physics?

It's surely not. The laws of space and time, as described by Einstein's relativity, affect every object and process in the Universe, much like the quantum equations behind the electrons and other microscopic particles. They are fundamental whether Clifford or anyone else likes it or not.

Bonus: a theory of everything

The term "a theory of everything" (TOE) is given a special critical treatment by Clifford. Well, this phrase is deliberately ambitious and overstated - but it is very close to the reality, too. Whenever it is used in physics, the phrase clearly means "a theory of all fundamental forces and building blocks of the Universe" that can be used, at least in principle, to deduce any scientific law by pure deduction.

I can't understand how anyone can consider this phrase controversial in any way.

In fact, if string theory accurately describes our world at arbitrarily high energies etc., then it really is a theory of everything, and fundamental physics reduces to the task to deduce the consequences in a better way than the physicists did in the past.

If string theory is wrong, we must be more general. In that case, Nature can't guarantee that we will find a theory of everything or even that we are allowed or able to find it. On the other hand, it cannot prevent us from talking about the reasonable possibility, either - and from trying to realize this big project.

Well, I can't imagine that our world follows no laws exactly. But even if it were just due to a lack of my imagination, I have the freedom to talk about a theory of everything, and its existence is a very likely possibility, after all, especially considering the fact that we may have already found out what it is.
Luboš Motl v 11:41 AM
Share