Czechia, France, Germany out of recession

Despite the chatter about a very great depression - an event that some people dream about in their quest to deconstruct capitalism - the numbers speak a very different language.

The quarter-on-quarter GDP growth has been just reported to be positive in Q2 of 2009 by three Central and Western Europe countries. Czechia, France, and Germany saw a 0.3% growth each. Unfortunately, the same figure in Italy, the U.K., and Spain were negative: -0.5%, -0.8%, and -1.0%, respectively. 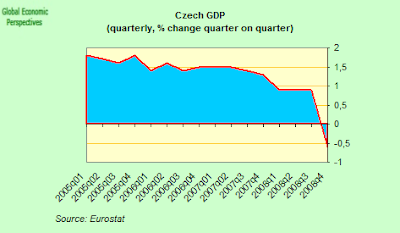 The current year-on-year figures remain negative but it's likely that the "very great depression" is actually turning out to be the shortest possible recession that deserves this modest name, namely two quarters. I am sorry but these events don't look like a justification for any further distortion of the markets.