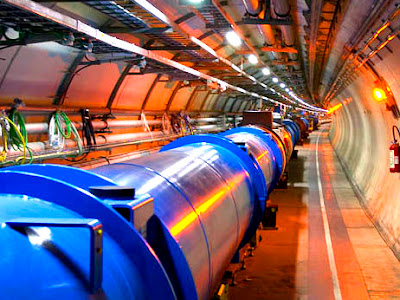 A CERN press release has revealed that the LHC will be restarted in November with 3.5 TeV per beam. A few weeks later, two beams should begin to collide. The people will learn how to deal with the machine at the reduced energy.

Sometime in 2010, the energy should be upgraded to 5 TeV per beam. Lead ions will replace the protons at the end of 2010. A break should prepare the machine for its prescribed 7 TeV per beam - 14 TeV of center-of-mass energy - sometime in 2011 or so.

The restart was recently delayed due to a problem with a faulty hose in the helium transport circuit and with loud sex in the tunnel. ;-) In Dennis Overbye's piece in The New York Times, Lisa Randall says that it may take time before the LHC picks the data she wants. Indeed, unless we're (and she's) extremely lucky, it may take millenia if not millions of years to detect the warped extra dimensions. :-)