At least a large portion of petroleum is believed to originate from biological processes. However, an article in Nature,

uses spectroscopic methods applied to laser-heated diamond to argue that at temperatures around 750-1250 °C and pressures around 20,000 atmospheres, methane transforms into ethane or propane or butane, combined with graphite and hydrogen. Under the same conditions, ethane decomposes into methane: the transition is reversible. 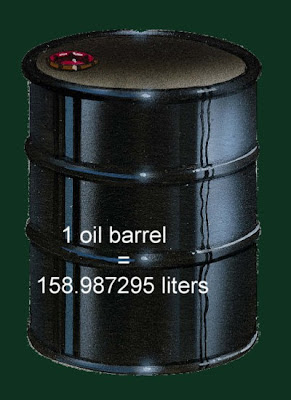 It should also mean that it is easier to find oil, as The Swedish Royal Institute of Technology puts it.

Such a statement is not too shocking: two days ago, 1-2 billion new barrels of light oil were announced by BG in Brazil, increasing the world's proven reserves by 0.1-0.2%. One week ago, BP found 4-6 billion new barrels in the Gulf of Mexico, previously thought to be "finished".


Also, two weeks ago, Israel moved towards energy independence when its Mediterranean natural gas reserves were re-estimated to be 16% higher than previously thought, and chances of additional hidden reserves have grown.

The great petroleum geologist Wallace Pratt famously said that "Oil is found in the minds of men." Discoveries depend on visionary theory, technical innovation and commitment to risky drilling. Plus luck. Peak Oil theory, by contrast - which asserts that global oil production has, or soon will, peak, and that this has powerful policy implications - is found in the limitations of the minds of men. It is less geological theory than unevolved intellectual shortcoming, although it certainly has its political uses.

Some other comments by Foster - about the climate - are less wise. But I may have misunderstood something.

You can see that the new oil reserves are being discovered frequently enough to keep the "oil constant" genuinely constant, up to small fluctuations. If you haven't heard about it, the "oil constant" is the number of years in the future after which we will run out of oil, and it's been equal to 40 years or so for quite some time. ;-)
Luboš Motl v 12:58 PM
Share