Today, Mirjam Cvetič, James Halverson, and Robert Richter wrote the first hep-th paper (that might normally be a hep-ph one, I think):


Recall that the main detailed classes of phenomenological scenarios within string theory are:
Their subsets are related by various dualities, they have various advantages and disadvantages.


The braneworlds offer certain specific advantages. Most importantly, different matter species may be isolated from each other - sequestered - at different places of the compactification manifold i.e. stacks of D-branes and their pairs. If true, that naturally explains why various interactions between them are suppressed and why there are many hierarchies in between them - such as the fermion mass hierarchies.

This previous sentence is just a vague, first step argument. One must calculate the couplings more accurately to see whether all the problems have actually been solved. For example, you may segregate individual quark and lepton families, to get hierarchical patterns. But you find that it is a bad idea: the Yukawa couplings may be generated through the world sheet instantons. But it turns out that the same instantons also seem to violate the R-parity or generate dimension-5 operators killing the proton which are bad things. So you want to extract all the three flavors of a particular particle type from the same link in the quiver diagram. 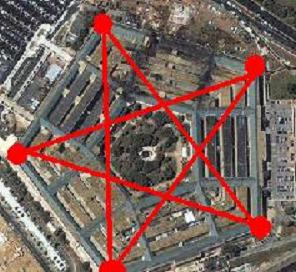 After having played with models with 4 stacks - finding 10,000 or so semirealistic ones - they look at the models with 5 stacks (of D6-branes and their mirror images behind the orientifold planes). They find one setup - arrangement of matter species at a quiver diagram - that seems to have all the desired features listed above: no rapid proton decay, no big R-parity violation, top/bottom quark mass hierarchy, electron/quark mass hierarchy.

The second hep-th paper, by Yu Nakayama, notices that scale-invariant theories must be conformally invariant in 1+1 dimensions (and probably in higher dimensions, assuming some additional assumptions). There must exist a corresponding constraint in the bulk, via the AdS/CFT correspondence - which may be a new condition eliminating a new piece of the swampland. I feel some deja vu. Haven't we already seen this somewhere?

In the third paper, Boris Pioline and 4 co-authors play with the hypermultiplet moduli space of a rigid Calabi-Yau threefold. Classically, the space is a quotient of SU(2,1) divided by the maximum compact subgroup.

That's similar to the E_k cosets in maximal supergravity. In the latter case, the noncompact E_k is broken to E_k(Z) by quantum effects (and charge quantization rules). The present authors assume that the same holds in the rigid Calabi-Yau case and a discrete subgroup is preserved exactly, at the quantum level. With their detailed knowledge of Eisenstein series, they may write down the form of the quantum corrections to the metric on the moduli space.

The Fourier expansion of these functions seems to match the expected contributions from D2-brane instantons and others. This interesting methodology seems to follow Ori Ganor's M(aster) Function. Unfortunately, Ori is not being mentioned.
Luboš Motl v 9:28 AM
Share