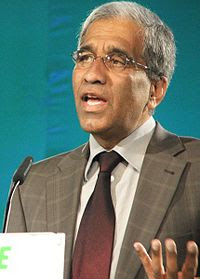 Nude Socialist informs that Mojib Latif, a member of the IPCC, has warned his fellow IPCC members that we could see 10-20 years of cooling that will make people question the global warming orthodoxy.

Highly trustworthy sources of mine describe Latif as one of the "better ocean modelers". He used to say that the models were perfect but when someone told him that perfect models meant that no extra funding for modelers was necessary, he "developed a deeper appreciation for the model shortcomings." ;-)

So he appreciates that the ocean cycles and others may drive the climate in a different direction than the greenhouse effect for a decade or two. "Short-term" predictions are unreliable, he admits. But it took me quite some time to understand the atmosphere of expectations among those people.

At the beginning, I thought that Latif was just another quasi-religious guy who says that people should be afraid of global warming regardless of the observations and their consistency with the models. Later, I realized that I was probably right but I also realized that Latif was a sort of hero at the same moment.

It is actually a heresy among the IPCC members to even think about the possibility that 10-20 years in the future won't see any discernible global warming - despite the fact that this is precisely what has happened in the previous 10 years (and even 15 years, when you insist on statistical significance).


The bulk of these people is completely detached from reality. I think that they must either literally believe that it is strictly impossible for another decade of no-warming or cooling to take place; or they must believe that they're able to prevent the remaining 6.8 billion people from noticing or talking about the fact if it becomes a fact by 2019 or 2029.

By the way, Anthony Watts brings our attention to Roy Spencer's announcement that in the UAH MSU files, August 2009 was anomaly-wise 0.18 °C cooler than July 2009.

It means that about one half of the abrupt warming between June and July was reversed between July and August.
Luboš Motl v 7:25 PM
Share