Trillions to be wasted for CO2 madness a year 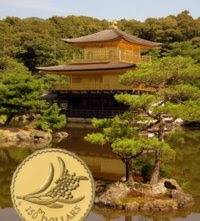 The most experienced readers of The Reference Frame remember a Kyoto counter that used to be embedded in the sidebar. It was created by Steve Milloy of JunkScience.com and it was counting the dollars wasted for the Kyoto protocol, assuming that the annual cost of the carbon regulation was USD 150 billion.

He was - and I was - criticized from all sides of the alarmist movement. Let us omit the most vitriolic stuff and look in the comment section of Deltoid. Eli Rabett (whose real identity is known to us) wrote in 2005:


The world economy is about 20 trillion per year. So even at the junk science's rather exaggerated Kyoto cost of 150 billion per year that is 0.75 percent. Well within the noise using an upper limit for the cost and a lower limit (if any) for the benefit. That, my friends is a good deal. We should grab it.

Well, the figures of these people have always been strange, even when it comes to numbers that every person with a basic interest in the world's economy should know. The world's GDP was USD 55.5 trillion in 2005, not USD 20 trillion. More importantly, the costs - USD 150 billion a year - were surely not "exaggerated".


What numbers are we talking about these days? Yesterday, AFP reported that the developing world itself will demand USD 600 billion "CO2 Marshall Plan" every year. The continent of Africa will walk out of the Copenhagen discussions unless they will be receiving USD 300 billion of ransom or "reparations" every year. And just one country of China will need USD 438 billion a year.

Now, China is the world's largest producer of CO2 but it only accounts for one fifth of the world's total "emissions".

Because the expenses per one ton are going to be pretty much uniform, it's very clear that the world is talking about five times the Chinese amount i.e. more than USD 2 trillion per year - or more than 3% of the GDP. That's enough to swallow all the annual GDP growth rate and more than one order of magnitude higher than Steve Milloy's "exaggerated" estimate. Most of us believe that the recent financial crisis was exceptional - at the timescale of 50 years or so. The net costs of all the stimulus packages etc. - around 2 trillion - and the job losses and other problems that have occurred anyway would be codified to a regular annual rule if the carbon regulation were adopted.

And it is still just the price of reductions that won't be qualitative in any way and that are guaranteed to have an unmeasurable - or at least unidentifiable - impact on the temperatures.

And even if these effects of carbon regulation on the climate were inflated by an order of magnitude so that their impact would become discernible by the thermometers, it would be very a controversial matter to ask whether the impact was positive or negative - and it would probably be negative because a warmer world is a good thing.

The advocates of carbon regulation suffer from the same megalomaniac feelings as every dictator who has ever wanted to rule the world. These little green men think that they have the right to steal two trillion dollars a year - a bigger number than Adolf Hitler and Joseph Stalin could ever imagine - to realize their crazy plans and please their little green gods. Most of them are parasites who haven't contributed 100,000 dollars worth of products to the mankind, but they have no moral problems with stealing trillions more.

Well, yes, a trillion may be visualized as a single banknote. But it may also be imagined as more brutal consequences that such a banknote may have...

Let's hope that their plans are going to be phased out gradually in the very near future, as can be expected from the changing dynamics of this debate, but one thing is clear. If the global warming alarmism won't die naturally, these people will have to be stopped with the use of force.