There are 10^{11} stars in the galaxy. That used to be a huge number. But it's only a hundred billion. It's less than the national deficit! We used to call them astronomical numbers. Now we should call them economical numbers.

Well, it's actually 14.2 times lower than the U.S. budget deficit. At USD 1.42 trillion, the fiscal 2009 deficit represents 10% of the American GDP and triples the previous record - from the previous year. 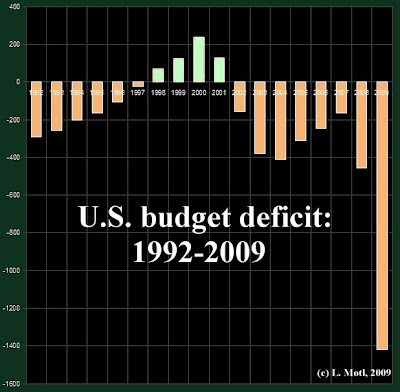 The Milky Way must feel kind of ashamed. ;-) On the other hand, San Francisco held an anti-Obama protest.