The Irish Times inform that meters from the climate negotiators in Bangkok, Thailand (where the Big Cheeses are preparing for the big December 2009 climate talks in Copenhagen: Barcelona will be the only other preparation), the children from Bangladesh, Indonesia, Nepal, Philipines, and Thailand have been training for the imminent climate tribunal against the rich world:

It was not revealed whether the arrogant 13-year Indian bitch from the United Nations has also participated. ;-) You might think that these kids need a good spank except that it is not the kids themselves who are making this stuff up. These kids are just being brainwashed and manipulated by some people who should already be mature except that they are definitely not.

A big tension is building in between the rich world and the poor world during the climate negotiations. For example,

and walked out. That's quite a gesture by a pretty high number of Big Cheeses. India is also alarmed.

A few days earlier, top U.S. climate negotiator Jonathan Pershing walked out of a closed-door meeting, too. And you know, Pershing can lead to some additional anxiety, too. The Americans seem to realize what can happen and they have informed that they may leave the climate talks.


The G77 group claims to have a proof that rich countries are unpicking global warming framework. Well, you don't need a proof. It's self-evident that a person with at least traces of a brain in his otherwise hollow skull will try to "unpick" this fraudulent and suicidal multi-trillion-dollar scheme as soon as he or she sees some real plans included in the scheme. And some of the Western negotiators actually do have some traces of a brain in their skulls. ;-)

The reason behind the anxious reaction of the third world is not hard to understand. The climate hoax is primarily driven by the far left radicals who fight against the advanced capitalist civilization, who want to punish it for its achievements, and who want to redistribute wealth.

Many Western climate "believers" will deny that the main point of climate alarmism is radical leftist ideology. However, it's more important that the third world has understood it in the same way as your humble correspondent, and they expect to be paid trillions. Kenya and nearby countries see the climate discussion as a tool to create a new Africa fund.

But be sure that the poor countries won't buy it. They know very well that climate alarmism is politically driven and they want to benefit out of it. They don't care about a few tenths of a degree. In fact, they wouldn't care about two or three degrees, either. They care about hundreds of billions a year that the scheme could and should bring them. They understandably like the idea that someone else is responsible for their poverty - rather than their lack of education, work discipline, concentration of capital, and working legal systems (and, let's admit, sometimes a lack of innate aptitudes) - and that someone else should work to make them rich.

Every Western believer who is thinking that something else than a far-left political agenda is behind this ideology - for example those who really want to prevent the poor world from developing because they think it is a matter of our long-term survival - will certainly be disappointed. The poor countries won't allow something like this because the right to get industrialized is about their immediate survival. You can't convince the poor countries to be losing money because of a stupid "climate" - except by killing them en masse and I guess/hope that those who find such a "solution" of the "problem" acceptable won't get to the mainstream first-world government soon.

Needless to say, the third world loves the Kyoto protocol because they have no obligations according to that painfully harassing, discriminatory, yet climatically inconsequential treaty from the last century. However, just like Nostradamus and others predicted, Kyoto is going to expire around December 21st, 2012. The third world clearly wants to renew it but the U.S. won't buy another Kyoto for the same reason as 10 years ago.

Some people think that the expected miserable failure of the climate talks will be more embarrassing for Obama than his instantly failed Chicago 2016 olympic bid (Prague was eliminated, too!) but I think that the end of such climate attempts would be a great news for the world, for America, and indirectly for Obama (who is not one of the greatest fanatics), too.

This discussion is not about the climate that won't be affected by these policies in any visible way, regardless of the results. This discussion has already advanced to another level than the subtle scientific question that no politician cares about (or can understand), anyway.

The current debate is about stark politics - different nations' attempts to abuse the irrational hysteria to grab lots of money for themselves (or, at least, not to lose too much of them). Truly rich countries such as Norway may be an exception because they can genuinely afford to throw billions into the toilet while making their cool climate even 0.0001 °C cooler. ;-) Needless to say, Saudi Arabia doesn't belong to this set of "safely rich" nations and, somewhat sensibly, also wants to be compensated for the world's planned attack against the countries' oil profits.

Meanwhile, Greenpeace is threatening with terrorist attacks unless the "sustainable forest management" will be replaced by "sustainable management of forests". No kidding. ;-) 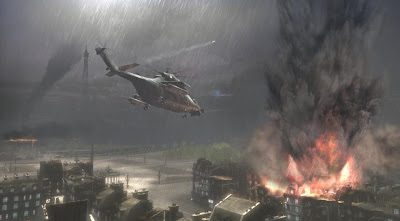 If the poor and rich countries won't realize what is the fair "neutral proposal" (namely no action), the huge disagreements about the rules of the future carbon regulation may lead to the third world war. 10 °C of cooling could be one of its least important consequences.

You've already had a lot of fun and excitement with this bogus "problem": it's time to abandon the climate hoax, ladies and gentlemen, and it's time for you - the prominent representatives of the climate alarm - to get splashed into the toilet.

Hat tip for some of the links: Benny Peiser

In the 1980s, Montreal protocol banned some chemicals in order to defend the ozone layer. Some ozone-depleting HFCs (hydrofluorocarbons) were replaced by their ozone-friendly variations.

However, it turns out that the new HFCs, while ozone-friendly, are superpotent greenhouse gases which may beat all of carbon dioxide reductions in their warming effect. So the EU wants to urgently apply the Montreal Protocol, even though it obviously doesn't apply here, to ban these ozone-friendly compounds, too.

This is really silly because we don't have any good replacement. These compounds are already replacement to something that was arguably causing a problem. A much milder "problem" (warming by a 0.5 °C is surely less serious than skin cancer) was introduced as a replacement two decades ago.

Clearly, this escalation of alarms must stop somewhere unless we want to stop the civilization. The advantages of these gases in refrigeration and air conditioning clearly beat their disadvantages so one can't possibly justify their ban rationally.

At least, this new topic brings some "intellectual diversity" to the stunningly one-sided, stagnating, and intellectually limited alarm about the carbon dioxide.

A gang of bastards who sit in the Czech Parliament right now - but who will probably never get there again - wants the prime minister to prevent Czech president Václav Klaus from going to the Copenhagen climate conference. The gang calls itself "the Green Party".

Such things were sometimes happening to Václav Havel but he was not yet the president and the party was called the Communist Party at those times. Most things have improved but some things have gotten worse since the 1980s.
Luboš Motl v 3:43 PM
Share