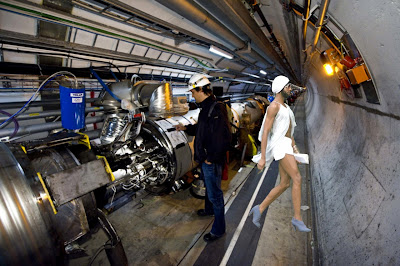 A broken LHC in 2008. Which of the people could be the culprit? Shift/click to zoom in.

Breaking news: yesterday, Adlene Hicheur, a 32-year-old visiting CERN employee working for the LHC was arrested in Vienne, France for his or her probable links to Al Qaeda and terrorist organizations in Algeria. He or she has a brother called Zitouni. No plot has been uncovered so far but the intention has been proved and the guy has confessed he led second life.