When Karlheinz Brandenburg was optimizing the MP3 format of music files in 1991, he had to choose a monophonic song to test all the details of a single-channel compressed playback. This version of Suzanne Vega's "Tom's Diner" turned out to be optimal for this purpose.

Suzanne Vega has therefore become the mother of MP3.

While her simplistic voice is effective, I still prefer the recording with the instruments.

However, as Anthony Watts has found out, she also became the grandmother of global warming because James Hansen's and Gavin Schmidt's offices are exactly six floors above the restaurant from the video above, at 2880 Broadway, New York City. ;-) 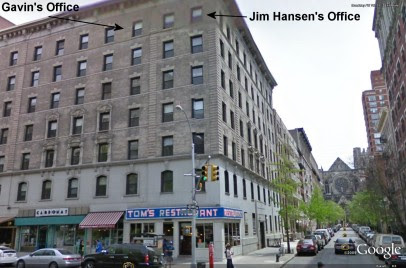 It's sensible that each of the two guys only has one window in their offices but it will be even more sensible when the windows will be behind bars. 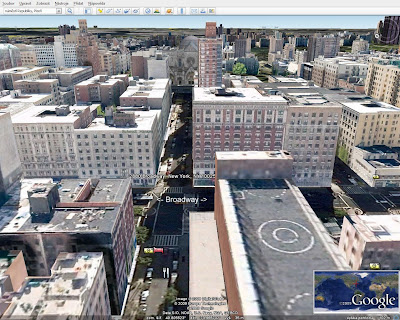 Click to zoom in. One more Google Earth screenshot of NASA's GISS and its neighborhood. Note that Hansen has readied his death train on the roof.