Last night, during their dinner in Brussels, the EU leaders agreed to give the Czech Republic an opt-out from the EU Charter of Fundamental Rights, as demanded by President Klaus. The Austria-Hungarian opposition has apparently evaporated.

So right now, it's likely that he will sign the treaty after the constitutional court says "Yes" and we will get the opt-out which will save my homeland from many policies that go well beyond the fear of the returning Sudeten Germans (a topic that Klaus has used to be sure about the public support).

Still, the treaty is bad even without the charter. Apologies to all the readers - and anti-Lisbon protesters in Brussels and elsewhere - who were hoping that we would manage to kill the treaty for good. Let's survive: we have only lost 1 battle but the war for freedom is not yet over. 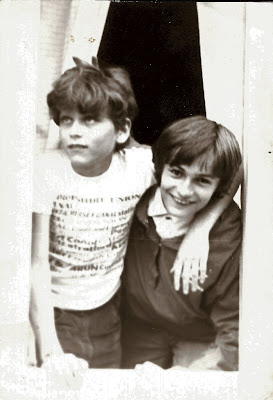 Meanwhile, your humble correspondent was on the radio, live.

I was sitting in the Pilsner studio of the public radio station, audio-connected to the Prague headquarters - a few hours after the collapse of the director of the radio, Richard Medek. Up to the very last seconds, I had no idea who would be asking me questions, what he would ask me, and who would be the opposing side. So I was trembling with fear. I had no eye contact with the other participants which is why I couldn't use it to influence the debate non-verbally and I couldn't accurately expect when my time was coming.

More importantly, there was too little time to correct various incorrect statements about the projected warming in the 21st century and other widespread myths.


Still, I managed to say quite a lot about the IPCC, the differences between the Western and Eastern Europe (West is more enthusiastic because it has spare money to waste for nonsense, and it is not immune against utopias for the future - because of the lack of experience with communism), the actual issues that are important for Africa, and other things.

The title of this TRF article refers to the East-West EU split concerning the money for global warming. This split doesn't seem to be disappearing but let me just send you e.g. to Earth Times because I don't want to write about the latest developments in Brussels. Let me just say that the EU has agreed that the third world deserves EUR 100 billion of climate aid a year but it didn't say how big a part would be "fair" for the EU and who would actually pay for it. In other words, the EU allowed or encouraged others to make this "pledge" inconsequential.

Last night, I kind of expected who my opponent would be, and I was right. The Boss of Greenpeace Czechia for the Climate and Energy Campaigns - what a job - Mr Jan Rovenský gave the introduction at a Greenpeace conference in the Michna Palace in Prague in the morning, and in the evening, he was defending increased spending for the climate hysteria, higher climate compensations etc. on the radio (against me).

We agreed about many things. At the beginning, I agreed with him that much more than dozens of billions of dollars have to be wasted every year for the climate to be affected (he wanted more) and he agreed with me that even if the investments are much higher, no impact whatsoever will be seen at least for a few decades. ;-)

So in this sense, we were closer to each other than when I debated Prof Lapin in Slovakia. :-)

See the written report (Czech, English) to get some idea about some of my comments. The time was way too short...

Concerning Jan Rovenský, the Czech Climate Greenpeace Boss, you may remember me and him at the cancelled radar site in May 2008. We randomly met over there when Greenpeace was occupying the place and Rovenský was sleeping at the top of the trees. 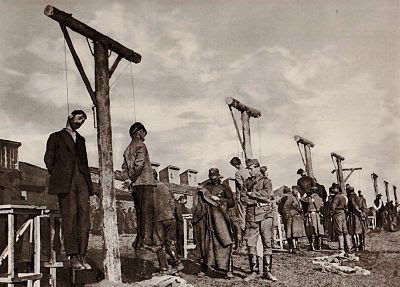 One more nice picture of Czechoslovaks in Siberia (standing) with their Bolshevik friends (pendulums). Whoops, I wanted a different picture than the Czechoslovak Legions but it doesn't matter. ;-)

But shockingly enough, we just learned that we have known each other very well from Summer 1988, from a 2-week summer camp in Pilsen's twin city in the Soviet Union, Sverdlovsk (now Yekaterinburg again). We had a lot of fun over there, teaching our Russian counterparts to speak Czech, using the Czech 20-haller coins to buy beverages for 0.05 rubles in the vendor machines which were much more valuable :-), and to understand that communism was pretty bad (we were truly impressed how genuinely all of them believed the official propaganda).

Concerning politics, he was as pro-capitalist as I was, and only started with environmentalism 4 years later. And in fact, even now, I don't really think that he is one of the far-left activists. He seems to be a genuinely apolitical (and professional, paid) environmental activist.

I remember him from the camp very well - and I even remembered the particular 1988 photograph posted at the top of this article in detail. I just didn't know that his last name was Rovenský - and I just wasn't able to determine it was him when I met him exactly 20 years later. It had to be easier for him to identify myself.

At any rate, it's kind of shocking that I know this guy from three contexts that are completely independent from each other. The world is pretty small and Pilsen is even smaller than the world. ;-)
Luboš Motl v 1:20 PM
Share