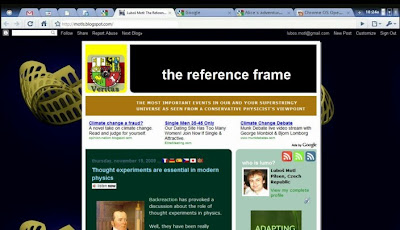 As a user of Google Chrome 4.0, I was interested in the newest Google press conference about the Google Chrome Operating System (OS) that was released to the open-source community today.

The conference could be watched by opening the following URL in the Windows Media Player:


I don't expect most readers to be extremely interested. But let me just say that Google Chrome OS is meant to be a lightweight operating system
See Google News.
Luboš Motl v 8:35 PM
Share