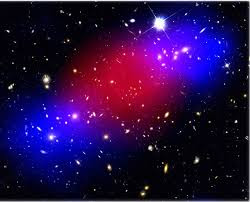 Update: On Thursday, 10:50 am PST, more than 3 hours before the seminars, a West European source of mine is telling me about a new rumor that they have seen two events. That's not quite a discovery but it is a hint that they have seen WIMPs and in a few years, they could collect data for a true discovery! And I bet that my source's rumor is correct. We will see.

But the probability to see 2 or more events without any signal, by pure chance, is 23% - something like the Poisson distribution with event rate lambda=0.9 or so (not sure where the deviation from 0.6 comes from) summed over k greater than 1 - which is far from impossible, so this is no discovery. We can just say that it's "somewhat more likely than not" that they have observed a (WIMP) signal in at least one of the events. The Yes/No conclusion is completely undetermined and even if you assume that they have seen a signal, the WIMP mass can only be said to be higher than 0.5 GeV which is not too useful information.

On the other hand, they can also interpret the observations as a not-too-stringent upper bound, 3.8*10^{-48} m^2, for WIMP cross section assuming WIMP mass of 70 GeV (at 90% CL). Interestingly enough, JoAnne Hewett has heard rumors about 0,1,3,4 events which are exactly all the numbers between 0 and 4 that are different than two. ;-) You must take Cosmic Variance with a grain of salt: it's no Reference Frame.


Sometimes in 2010, they plan to triple the Germanium nuclei which could be a good idea in order to settle this tantalizing yet completely foggy situation soon.


Click here for Jodi Cooley's talk at SLAC that begins at 2:00 pm, PST. See live blogging from the talk by JoAnne Hewett.

Update: this text was originally posted on December 8th, 8:15 a.m. On December 10th, The Symmetry Magazine obtained a statement from CDMS:

The CDMS collaboration has completed the analysis of the final CDMS-II runs, which more than doubled the total data from all previous runs combined.

The collaboration is working hard to complete the first scientific publication about these new results and plans to submit the manuscript to arXiv.org (the page will be unlocked on Monday evening U.S. time) before the two primary CDMS talks scheduled for Thursday, Dec. 17, at Fermilab and at SLAC.

Jodi Cooley, the CDMS analysis coordinator and a professor from Southern Methodist University, will present the talk at SLAC at 2 p.m. PST and the Web cast will be available on the CDMS Web site..

Old text from Dec 8th: CDMS (Cryogenic Dark Matter Search), a cooled experiment deep underground, is trying to directly detect the particles of dark matter. The detectors are placed in the Soudan Mine in Minnesota because Minnesota is both deep and cold. :-)

It is extremely likely that in 10 days, on December 17th, CDMS will publish a preprint on the arXiv (confirmed, the link is real) that should appear the following day (December 18th morning Czech time). More importantly, it is not inconceivable that the paper will say that the dark matter particles have been discovered, as Jester tries to infer from some nontrivial yet inconclusive hints.

Update: A Mr Leslie Sage of Nature wrote an unfriendly e-mail to Jester, arguing that Nature won't publish any dark-matter paper by CDMS anytime soon: it was previously speculated that a Nature paper would appear in two weeks. There can still exist a preprint on December 18th.

However, he has also argued that Jester's original information was as accurate as an average report on FoxNews - which is pretty high. If Mr Sage's hints were trustworthy, which is a big If, this hint would seem to indicate that Jester's reasoning may be based on a true core.

So I would think that Mr Sage's letter doesn't change much, and given the fact that Mr Sage seems to be a fanatical leftist who can't forget about a politically inconvenient TV network even during discussions about dark matter, it may be reasonable to consider any information obtained from Mr Sage to be pure noise that is equally likely to be right and wrong.
Luboš Motl v 11:00 PM
Share