Exceptional groups are undoubtedly important in M-theory. They appear in many contexts and many ways.

However, one must go way beyond this general statement in order to understand whether the role of exceptional symmetries in M-theory is purely technical or whether it is linked to the deepest mysteries about M-theory. Jakob Palmkvist wrote a PhD thesis,

that may be helpful for the readers to understand the exceptional E_{k} groups linked to the U-duality in M-theory. 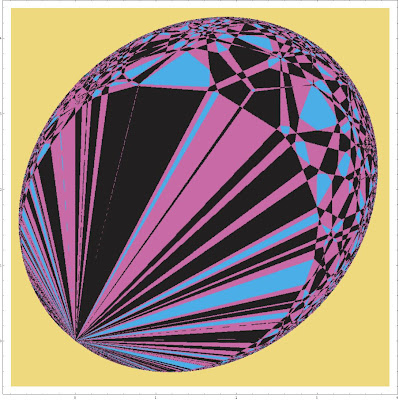 He reviews the 11-dimensional supergravity and the reason why cosets appear as configuration spaces in its compactifications. The crowning achievement he studies - and describes on just 5 pages of Chapter 6 - is that at least after some truncations on both sides,

Now, E_{10} is a notoriously difficult group. While E_{9} is just an affine E_{8} and can be written as a current algebra for E_{8} generators on an additional circle, E_{10} is a hyperbolic algebra whose complexity - and number of generators - exponentially increases as we build new ones with higher weights.


I would like to understand this equivalence in much more detail than I do now. However, the question will remain: is this equivalence just a curiosity, an unimportant technicality that can be used in the case of these very special and highly symmetric backgrounds? Or does it allow us to understand something about all the compactifications and configurations in string/M-theory, including the realistic ones with 0 or 4 supercharges? This seems to be a very important question but I really don't know what the answer is.

In a similar way, I don't know whether the equivalence can be extended to the full M-theory, beyond the supergravity approximation, and whether the exceptional group knows about the black hole microstates and other things.
Luboš Motl v 8:10 AM
Share