Although some Western readers who are totally brainwashed by the MSM media tend to support the Albanian supervision of Kosovo, the cradle of the Serbian state, the political representatives of this would-be new country are clearly something that doesn't belong to the 21st century Europe. 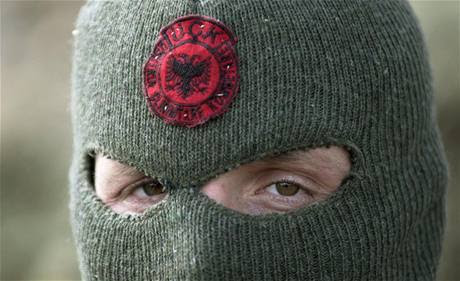 In her book, Carla del Ponte revealed that the Kosovo Liberation Army has harvested the organs of hundreds of Serbs they kidnapped and killed. They smuggled and sold them to the Western buyers, including rich Swiss and German nationals whose names are known. Others considered her memories to be just accusations - but serious enough ones to deserve an investigation.

Vladimir Vukčevič, the war crimes prosecutors, has made a lot of progress in validating her accusations: Google News. It seems that his office has pretty much verified her statements and identified the people who were present at the critical house. Some witnesses are apparently refusing to testify, being afraid of their own organs.

Two hours ago, our top MSM server iDNES.cz has revealed that three of the victims whose organs were isolated and smuggled back in 1998 or 1999 were Czechs. The explanation of this bizarre nationality of the victims was that they were "Slavs".


It's just way too much when citizens of a civilized and innocent country become victims of a crazy conflict between less civilized nations in the South just because of some remote historical links between the nations that were relevant more than 1,200 years ago.

By our DNA, because of the centuries of mixing, the Czechs are just slightly closer to the Slavic code than to the Celtic or Germanic blood. According to the language, we're obviously much closer to the Serbs and others and it implies some shared sentiments. But did (and do) those Albanian "warriors" really think that this correlation is enough to justify the genocide against additional Slavic nations? If they had only known that the people were Czechs, there would have been a 50% chance that these victims actually supported the Albanian control over Kosovo. Do they realize such things? Did it matter to them at all?

Such things shouldn't be happening in Europe today.

While I can't imagine that we would be willfully inviting a country - a criminal organization - led by these KLA people to the EU, it seems much more appropriate if not urgent to admit Croatia and Serbia because they're qualitatively compatible with the EU standards and their integration into the European structures is likely to reduce the tension in the Balkans.
Luboš Motl v 9:52 PM
Share