In the snowy Danish capital, Mugabe, Chavez, Obama, and other left-wing leaders as well as hundreds of third-class bureaucrats such as Czech minister of environment, Mr John Nitrogen (yes, he should better be replaced by Ms Oxygen or Dr Carbon Dioxide), are trying to abuse the climate change pseudoscience to deconstruct the freedoms and the industrial civilization as we know it.

So much hysterical stupidity. Fortunately, the speaker is an irrelevant puppet and loser. Even the most overvalued politician wasn't enough and his speech disappointed his left-wing comrades. The only way for the AGW hysteria is down now.

It's the last day today.

Chances are that the meeting will end up as a complete failure with no agreement at all. Let's hope it will be the case. However, there are some people who still want the participants to accept a meaningless ideological statement. Here is their currently most promising "list of 13 unhappy blubbers", including my translations and/or comments:


We, the Big Cheeses who highlight their arrogance by meaningless and redundant jargon, not unsimilar to the jargon promoted by the communist media before the fall of communism,


In pursuit of the ultimate objective of the Convention as stated in its Article 2,


eager to stay on the global warming bandwagon,


Recalling the provisions of the Convention,

Being guided by Article 3 of the Convention,


recalling the years of our blind groupthink and opportunism,


Affirming our firm resolve to adopt one or more legal instruments under the Convention pursuant to decisions taken at COP13 and this decision as soon as possible and no later than COP16/CMP6.


want to preserve the sense of urgency among the gullible public, so we say that the next meeting will surely be binding.


Have agreed on this Copenhagen [X] which is operational immediately

1. The Parties underline that climate change is one of the greatest challenges of our time. The Parties emphasise their strong political will to combat climate change in accordance with the principle of common but differentiated responsibilities and respective capabilities. Recognizing the scientific view that the increase in global temperature ought not to exceed 2 degrees and on the basis of equity and in the context of sustainable development, the Parties commit to a vigorous response through immediate and enhanced national action on mitigation based on strengthened international cooperation.


We are as important as little retarded kids who underline a picture of a purple cow, claiming that this is its typical color. Fortunately, we had no will to agree on anything, but we still want to look as caring politicians with a strong will and intense politically correct vocabulary.

Science indisputably shows that the temperatures in the past have been changing by much more than by 2 °C and they will continue to do so in the future, without adverse affects on life, and whether or not humans will contribute a small part of it or not. But we're so powerful that if we say otherwise and claim it is science, almost no one will dare to point out that we are crackpots.

Also, science only studies how things work - and not how they "ought to" work which is always a moral or political question. But if we even say that science says that we "ought to" keep temperature in certain interval, we surely sound smarter (at least in the eyes of the stupid people) and imbeciles like us simply love to look smarter. 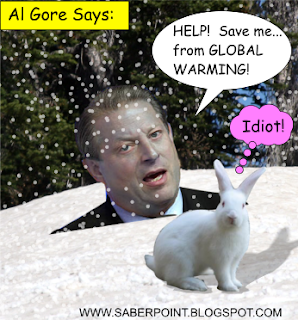 Ambitious action to mitigate climate change is needed with developed countries taking the lead. The Parties recognize the critical impact of climate change on countries particularly vulnerable to its adverse effects and stress the need to establish a comprehensive adaptation programme including international support.


Be sure that we will repeat all the nonsense about a needed "fight against climate change" many times in this worthless document. We are also ready to emphasize that these policies are primarily meant to destroy the rich countries although we don't really care if they destroy the poor countries first - it's just a side effect of our main "cure".


2. Deep cuts in global emissions are required. The Parties should cooperate in achieving the peaking of global and national emissions as soon as possible, recognizing that the time frame for peaking will be longer in developing country Parties and bearing in mind that social and economic development and poverty eradication are the first and overriding priorities of developing country Parties and that low-emission development is indispensible to sustainable development.


Every sensible person knows that without a catastrophe or a technological breakthrough, it is impossible for the production of CO2 to significantly drop in a decade or two. But we still like to claim otherwise because we have already benefited from these lies a lot. And we believe that these lies are sustainable.


3. Adaptation to the adverse effects of climate change is a challenge faced by all Parties, and enhanced action and international cooperation on adaptation is urgently required to enable and support the implementation of adaptation actions aimed at reducing vulnerability and building resilience in developing country Parties, especially in those that are particularly vulnerable, especially least developed countries, small island developing States and countries in Africa affected by drought, desertification and floods. The Parties agree that developed country Parties shall provide adequate, predictable and sustainable financial resources, technology and capacity-building to support the implementation of adaptation action in developing country Parties. The Parties further endorse -/CP.15 on adaptation.


In other words, the weather events exist and they can influence the people in all countries. It's easier for the rich people to deal with them and the smarter among us realize that it is the case. The poor countries are not rich but we are ready to hide this fact, and/or prepare a massive ad hoc redistribution. Hints that the weather is caused by the rich people's sins is helpful to achieve this redistribution, especially because we, the Big Cheese, don't have to pay a penny from our pockets and our vows will never be verified.


4. Annex I Parties to the Convention commit to implement, individually or jointly, the quantified economy-wide emission targets for 2020 as listed yielding in aggregate reductions of greenhouse gas emissions of X per cent in 2020 compared to 1990 and Y per cent in 2020 compared to 2005 ensuring that accounting of such targets and finance is rigorous, robust and transparent.


Fortunately, we didn't agree on any binding cuts. But we are ready to emit new, unrealistic, huge numbers X and Y describing our fantasies about the cuts, whether they're compatible with the laws of physics or not. The bigger X or Y is, the bigger idiots we are, but most people in other important chairs don't care, so it is still beneficial to be as huge idiots as possible. The more numbers, percentages, and years we say, the more scientific we sound (to the gullible idiots who are at the core of our electorate).


Fortunately, no global deal can be signed and the national efforts will clearly lead nowhere because people in individual nations will correctly point out that any national "sacrifice" just means a transfer of the economic activity abroad. But we still warn that sometime in the future, there will be a global Big Brother who will prevent the nations from acting in a sovereign way.


6. Developing countries Parties should, in accordance with the provisions contained in decision /CP.15, contribute to mitigation actions in the forest sector by undertaking the following activities: reducing emissions from deforestation, reducing emissions from forest degradation, conservation of forest carbon stocks, sustainable management of forest, and enhancement of forest carbon stocks.


Some wishful thinking about the poor countries' acts is needed, in order to show some sensible people at home that the left-wing first-world leaders haven't been quite "soft" on the third world. In reality, the poor countries will cut as many trees as they will find fit because it is often about their survival and their basic needs.


7. The Parties decide to pursue various approaches, including opportunities to use markets, to enhance the cost-effectiveness of, and to promote, mitigation actions, in accordance with decision -/CP.15.


It's great to call the executors of this economic activity "markets", in order for the extreme communists to look more politically balanced, even though this whole meaningless activity is de facto government-mandated and centrally planned.


8. Scaled up, new and additional, predictable and adequate funding shall be provided to developing country Parties, in accordance with the relevant provisions of the Convention, to enable and support enhanced action on mitigation, including REDD-plus, adaptation, technology development and transfer and capacity-building, for enhanced implementation of the Convention. Parties take note of the individual pledges by developed country Parties to provide new and additional resources amounting to 30 billion dollars for the period 2010-2012 as listed and with funding for adaptation prioritized for the most vulnerable developing countries, such as the least developed countries, small island developing states and countries in Africa affected by drought, desertification and floods. In the context of meaningful mitigation actions and transparency on implementation, the Parties support a goal of mobilizing jointly 100 billion dollars a year by 2020 to address the climate change needs of developing countries. This funding will come from a wide variety of sources, public and private, bilateral and multilateral, including alternative sources of finance.


The Big Cheeses in the rich countries love to waste money that have been taken from the pockets of their taxpayers because the politicians don't have to pay a penny and they look oh so generous. It has worked for them, so they will try to continue with this approach as long as possible.


9. A High Level Panel will be established under the guidance of and accountable to the Conference of then Parties to assess the contribution of the potential sources of revenue, including alternative sources of finance, towards meeting this goal.


We will try to find new channels and tricks how to steal even bigger amounts of money from the taxpayers.


10. The Parties decide that the Copenhagen Climate Fund shall be established as an operating entity of the financial mechanism of the Convention to support projects, programmes, policies and other activities in developing countries related to mitigation including REDD-plus, adaptation, capacity-building, technology development and transfer as set forth in decision -/CP.15.


Let us name a particular new wallet that we want to fill with the stolen money earned by others.


We plan to destroy the patent laws and other things that are essential for the research and development in the rich world. We don't care where it will lead - what's important is that we look nice (in the eyes of gullible cretins, and our careers are based on them, anyway).


12. The Parties call for a review of this decision and its implementation in 2016 including in light of the Conventions ultimate objective.


Hello, our dreams will come true in seven years and seven days.


Some more wishful thinking about the future negotiations. Let's hope that all of them will fail, too, and after some time, people start to realize that this whole fraudulent scheme is meaningless and the conferencing eventually stops.