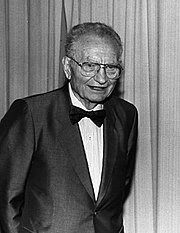 Paul Samuelson died at the age of 94. RIP.

This winner of the 1970 economics memorial Nobel prize and an uncle of Larry Summers has been mentioned on this blog several times.